The body’s immune system is made up of individual parts which work together to find and destroy pathogenic bacteria, viruses, fungi, and cancerous cells. Each part of the immune system must be functioning properly in order to detect and differentiate the unhealthy organisms from healthy tissues.

The lymphatic system is a vital part of the immune system, comprising a network of lymphatic vessels that carry a clear fluid called lymph (from Latin, lympha meaning water) directionally towards the heart.  One of the main functions of the lymph system is to provide an accessory return route to the blood for the surplus three liters. The other main function is that of defense in the immune system. Lymph is very similar to blood plasma: it contains lymphocytes and other white blood cells.  It also contains waste products and cellular debris together with bacteria and proteins. Associated organs composed of lymphoid tissue are the sites of lymphocyte production.

Lymph nodes are part of the lymphatic system that can be found widely distributed throughout the entire body. They are responsible for trapping foreign particles and filtering pathogens found within the body. A lymph node is an organized collection of lymphoid tissue, through which the lymph passes on its way back to the blood.

Lymph nodes are located at intervals along the lymphatic system. Several afferent lymph vessels bring in lymph, which percolates through the substance of the lymph node, and is then drained out by an efferent lymph vessel. There are between five and six hundred lymph nodes in the human body, many of which are grouped in clusters in different regions as in the underarm and abdominal areas. Lymph node clusters are commonly found at the base of limbs (groin, armpits) and in the neck, where lymph is collected from regions of the body likely to sustain pathogen contamination or environmental toxins.

While the heart continuously pumps blood through the blood vessels, the lymphatic system relies on the movement of smooth muscles to transport fluid through the lymph vessels. Certain health conditions can interrupt the normal flow of lymph, causing lymph fluid to build up in an area of the body, often in the arms or legs, where it can cause swelling. This condition is called lymphedema. People can develop lymphedema as a result of infections, cancer treatments that involve the removal of lymph nodes, and any condition that damages the lymphatic system.

There are numerous therapies and bioregulatory remedies that assist lymphatic flow and can reduce swelling and improve circulation throughout the lymphatic system. One of the most utilized is lymphatic massage. The following are selected articles on lymph system regulation and dynamics including lymphatic therapies. 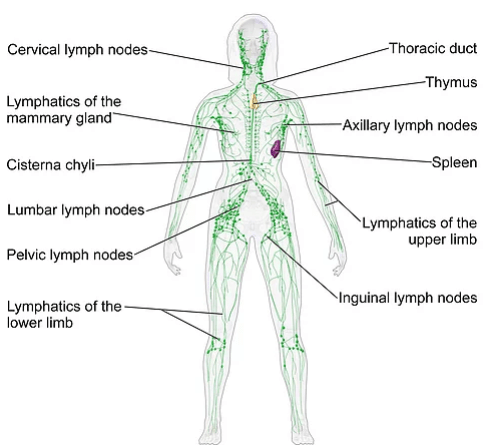 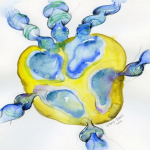 Click Here for More Information on Lymph and Lymphatic Systems

Majewski-Schrage, Tricia, and Kelli Snyder. “The effectiveness of manual lymphatic drainage in patients with orthopedic injuries.” Journal of sport rehabilitation 25, no. 1 (2016): 91-97.

The Vodder Method of Lymph Drainage

Härén, Clas Backman, Mikael Wiberg, Kathrin. “Effect of manual lymph drainage as described by Vodder on oedema of the hand after fracture of the distal radius: a prospective clinical study.” Scandinavian journal of plastic and reconstructive surgery and hand surgery 34, no. 4 (2000): 367-372.

Aggithaya, Madhur Guruprasad, Saravu R. Narahari, and Terence J. Ryan. “Yoga for correction of lymphedema’s impairment of gait as an adjunct to lymphatic drainage: A pilot observational study.” International journal of yoga 8, no. 1 (2015): 54.