Medicinal mushrooms are known for their nutritional and healthful value and for the diversity of the bioactive compounds they contain. Mushrooms have a cross-cultural history of medicinal use spanning many millennia. In Asia, South America, Africa and throughout Europe, mushrooms have been used medicinally and as food, while others have been used in rituals to awaken consciousness. Fungi and mushrooms are extremely abundant worldwide and show diversity. The number of mushroom species on earth is currently estimated at 150,000-160,000, yet maybe only 10% are known.

Medicinal mushrooms comprise a vast and yet largely untapped source of powerful new chemical and pharmaceutical products. They represent an unlimited source of nutrients and compounds with antitumor and immuno-stimulating properties. The chief medicinal uses of mushrooms discovered so far are as antitumor, immunomodulating, antioxidant, radical scavenging, cardiovascular, antiviral, antibacterial, antiparasitic, antifungal, detoxicating, hepatoprotective, and antidiabetic effects. The best usage of medicinal mushrooms has been in preventing and treating immune disorders, especially in immunodeficient and immunosuppressed patients. They are also used for patients under chemotherapy or radiotherapy; in different types of cancers, chronic bloodborne viral infections of Hepatitis B, C, and D, different types of anemia, the human immunodeficiency virus/acquired immunodeficiency syndrome (HIV/AIDS), Herpes simplex virus (HSV), chronic fatigue syndrome, Epstein-Barr virus; for patients with chronic gastritis and gastric ulcers caused by Helicobacter pylori; and for patients with dementia (especially for Alzheimer’s disease).

In traditional Chinese and Ayurvedic medicine, mushrooms’ legendary effects on promoting health and vitality and in fighting tumors have been extensively validated in numerous studies. Mushrooms have also played an important role in the treatment of ailments affecting the rural populations of eastern European countries. Modern clinical practice in Japan, China, Korea, Russia, and several other countries also utilize mushroom-derived preparations. There is also a long history of traditional use of mushrooms as curatives in Mesoamerica (especially for species of the genus Psilocybe), Africa (Yoruba populations in Nigeria and Benin), Algeria, and Egypt. A very special role of Amanita muscaria is found in Siberia and Tibetan shamanism, Buddhism, and Celtic myths.

Studies suggest that specific mushrooms are strongly immunologic and can help us maintain physiological homeostasis, restore physical balance, and improve our natural resistance to disease. More than 270 recognized species of mushrooms are known to have specific immunotherapeutic properties. Numerous studies have demonstrated that certain components present in medicinal mushrooms have been responsible for the modulation of cellular and physiological changes in the host. It is for this reason that mushrooms are often used in numerous illnesses, in part as cancer therapeutic agents. In fact, medicinal mushrooms probably hold one of the greatest immunological promises for the future of oncology treatment.

Mushrooms contain unique chemicals: polysaccharides, lectins, lipids, hericenone,
erinacol, erinacine, terpenoids and numerous others. Mushroom polysaccharides in particular prevent oncogenesis, show direct antitumor activity against various allogeneic and syngenetic tumors, and prevent tumor metastasis. Polysaccharides from mushrooms do not attack cancer cells directly, but produce antitumor effects by activating different immune responses in the host. These substances are regarded as biological response modifiers. This basically means that: (1) they cause no harm and place no additional stress on the body; (2) they help the body adapt to various environmental and biological stresses; and (3) they exert a non-specific action on the body, supporting some or all of the major systems, including nervous, hormonal, and immune systems, as well as regulatory functions. 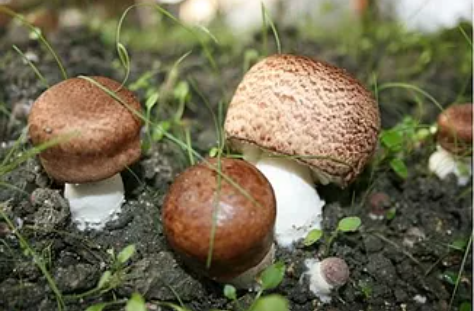 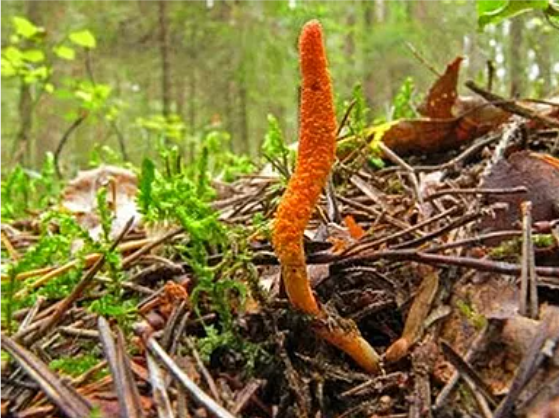 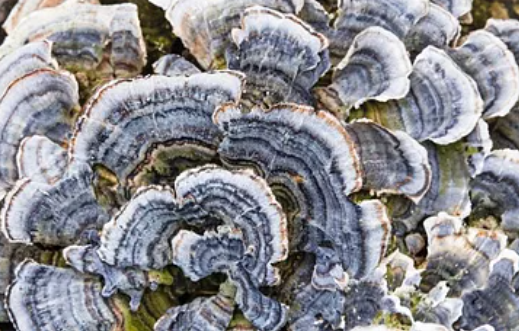 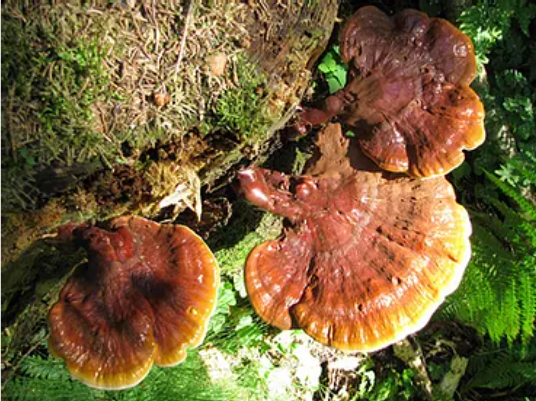 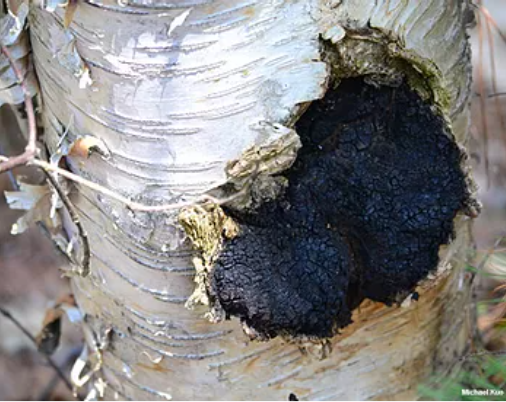 Ajith, Thekkuttuparambil A., and Kainoor K. Janardhanan. Indian medicinal mushrooms as a source of antioxidant and antitumor agents. Journal of Clinical Biochemistry and Nutrition 40, no. 3 (2007): 157-162.

Kidd, Parris M. The use of mushroom glucans and proteoglycans in cancer treatment. Alternative medicine review 5, no. 1 (2000): 4-27.

Savoie, Jean‐Michel, Nathalie Minvielle, and Michèle L. Largeteau. Radical‐scavenging properties of extracts from the white button mushroom, Agaricus bisporus. Journal of the Science of Food and Agriculture 88, no. 6 (2008): 970-975.

Soković, Marina, and Leo JLD van Griensven. Antimicrobial activity of essential oils and their components against the three major pathogens of the cultivated button mushroom, Agaricus bisporus. European Journal of Plant Pathology 116, no. 3 (2006): 211-224.

Won, So-Young, and Eun-Hee Park. Anti-inflammatory and related pharmacological activities of cultured mycelia and fruiting bodies of Cordyceps militaris. Journal of ethnopharmacology 96, no. 3 (2005): 555-561.

Ng, T. B. A review of research on the protein-bound polysaccharide (polysaccharopeptide, PSP) from the mushroom Coriolus versicolor (Basidiomycetes: Polyporaceae). General Pharmacology: The Vascular System 30, no. 1 (1998): 1-4.

Rotolo, G. The effectiveness of Coriolus versicolor in the treatment of secondary phenomena associated with HIV. In 10th International Congress of Mucosal Immunology. 1999.

Lin, Zhi-Bin. Cellular and molecular mechanisms of immuno-modulation by Ganoderma lucidum. Journal of pharmacological sciences 99, no. 2 (2005): 144-153.

Min, Byung-Sun, Jiang-Jing GAo, Norio Nakamura, and Masao Hattori. Triterpenes from the spores of Ganoderma lucidum and their cytotoxicity against meth-A and LLC tumor cells. Chemical and Pharmaceutical Bulletin 48, no. 7 (2000): 1026-1033.

Sone, Yoshiaki, Reiko Okuda, Noriko Wada, Etsu Kishida, and Akira Misaki. Structures and antitumor activities of the polysaccharides isolated from fruiting body and the growing culture of mycelium of Ganoderma lucidum. Agricultural and biological chemistry 49, no. 9 (1985): 2641-2653.

Weng, Chia-Jui, and Gow-Chin Yen. The in vitro and in vivo experimental evidences disclose the chemopreventive effects of Ganoderma lucidum on cancer invasion and metastasis. Clinical & experimental metastasis 27, no. 5 (2010): 361-369.

Kodama, Noriko, Maho Yamada, and Hiroaki Nanba. Addition of Maitake D-fraction reduces the effective dosage of vancomycin for the treatment of Listeria-infected mice. The Japanese Journal of Pharmacology 87, no. 4 (2001): 327-332.

Yang, Byung-keun, Kai-Yip Cho, Michael A. Wilson, and Chi-Hyun Song. Effects of Inonotus obliquus mycelia on the level of plasma glucose and lipids in streptozotocin-induced diabetic rats. The Korean journal of mycology 33, no. 2 (2005): 64-68.

Oh, Se-In, and Mee-Sook Lee. Antioxidative stress and antimutagenic effects of Lentinus edodes ethanol extracts. The Korean Journal of Food And Nutrition 20, no. 4 (2007): 341-348.