Meditation can be defined as a form of mental training that aims to improve an individual’s core psychological capacities, such as attentional and emotional self-regulation. Meditation uses a technique – such as mindfulness, or focusing the mind on an object, thought or activity – to train attention and awareness, and achieve a mentally clear and emotionally calm and stable state.

Although meditation research is still in its infancy, several studies have investigated changes in brain activation (at rest and during specific tasks) that are associated with the practice of, or that follow, training in mindfulness meditation. These studies have reported changes in multiple aspects of mental function in beginner and advanced meditators, healthy individuals and patient populations. The benefits of utilizing meditation as a therapeutic measure in the healthcare setting have been discussed and meditation-based interventions are increasingly being implemented as adjunct or complementary to classical medical or psychological approaches.

Current neurophysiological and imaging research findings have identified neural changes in association with meditation and provide a potentially promising avenue for future research. The following selected articles describe some of the more current research of various forms of meditation. 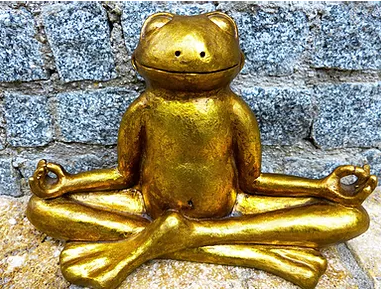 Click Here for More on the Therapuetic Benefits of Yoga 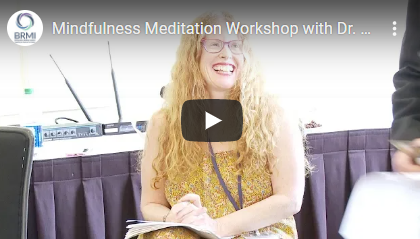 Baer, Ruth A. Mindfulness training as a clinical intervention: A conceptual and empirical review. Clinical psychology: Science and practice 10, no. 2 (2003): 125-143.

Banquet, Jean-Paul. Spectral analysis of the EEG in meditation. Electroencephalography and clinical neurophysiology 35, no. 2 (1973): 143-151.

Chan, Davina, and Marjorie Woollacott. Effects of level of meditation experience on attentional focus: is the efficiency of executive or orientation networks improved? The Journal of Alternative and Complementary Medicine 13, no. 6 (2007): 651-658.

Chung, Sun-Yong, Jin-Woo Seo, Jong-Woo Kim, and Wei-Wan Hwang. The effects of breath meditation with neurofeedback on memory and concentration of healthy adult volunteers. Journal of Oriental Neuropsychiatry 19, no. 2 (2008): 15-39.

Edenfield, Teresa M., and Sy Atezaz Saeed. An update on mindfulness meditation as a self-help treatment for anxiety and depression. Psychology research and behavior management 5 (2012): 131.

Hofmann, Stefan G., Alice T. Sawyer, Ashley A. Witt, and Diana Oh. The effect of mindfulness-based therapy on anxiety and depression: A meta-analytic review. Journal of consulting and clinical psychology 78, no. 2 (2010): 169.

Ivanovski, Belinda, and Gin S. Malhi. The psychological and neurophysiological concomitants of mindfulness forms of meditation. Acta neuropsychiatrica 19, no. 2 (2007): 76-91.

Ramel, Wiveka, Philippe R. Goldin, Paula E. Carmona, and John R. McQuaid. The effects of mindfulness meditation on cognitive processes and affect in patients with past depression. Cognitive therapy and research 28, no. 4 (2004): 433-455.

Schreiner, Istvan, and James P. Malcolm. The benefits of mindfulness meditation: Changes in emotional states of depression, anxiety, and stress. Behaviour Change 25, no. 3 (2008): 156-168.

Srivastava, Malini, Uddip Talukdar, and Vivek Lahan. Meditation for the management of adjustment disorder anxiety and depression. Complementary therapies in clinical practice 17, no. 4 (2011): 241-245.