“Science itself is constantly improving, and our understanding of the connection between the world and the law is constantly improving. For what we can’t recognize and say unclear for the time being, we can’t easily negate it because we don’t understand it. Just as we still can’t explain what the essence of the meridian is, what its anatomy is, but we can’t deny it. Traditional Chinese medicine acupuncture is a treasure house, its effectiveness cannot be denied, its scientific nature is worthy of my generation to continue to use the scientific and technological tools that are now available to understand it.” 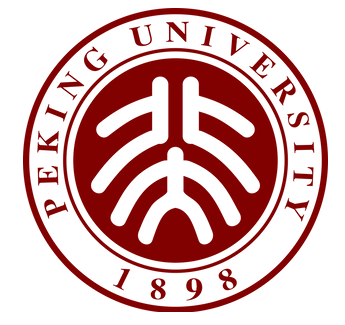 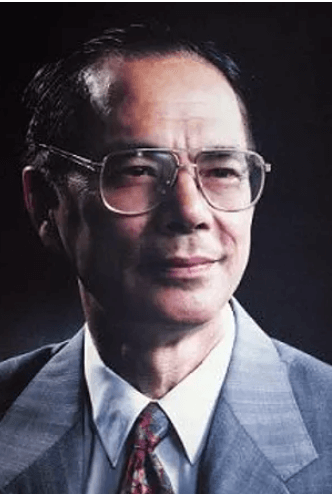 Professor Han was born in 1928 in Xiaoshan, a district of Hangzhou, the capital of Zhejiang province. In 1952, he graduated from the Shanghai Medical College (M.D.) and specialized as a physiologist at Dalian Medical College (1953). He later taught at Harbin Medical University (1953) and Beijing College of Traditional Chinese Medicine (1961). He currently is the Director of the Neuroscience Research Institute at Beijing University.
​
Professor Han is the founder and Honorary President of the Chinese Association for the Study of Pain (CASP – the Chinese chapter of IASP – the International Association for the Study of Pain); founder of the Beijing Society for Neuroscience; and Co-founder and Deputy President of the Chinese Society for Neuroscience.
​
Professor Han was elected academician of the Chinese Academy of Sciences in 1993. He also founded the Chinese Journal of Pain Medicine in 1995, a monthly journal in Chinese with English abstracts.

Now, at the age of 90, he continues his research, lectures and writing.

Acupuncture and electroacupuncture as complementary and alternative medicine have been accepted worldwide mainly for the treatment of acute and chronic pain. The exploration of the physiological mechanism of acupuncture started around 1950, during which time a pharmacological study was published at Peking University. The study demonstrated that an induction time of 15 to 20 minutes is required for the development of analgesic effects and that chemical substances are involved in the analgesic manifestations. The pharmaceutical study pointed to the Endogenous Opioid Peptides as major candidates for a role in acupuncture’s action, as Electro-Acupuncture Analgesia is antagonized by the opioid receptor antagonist naloxone.

Acupuncture excites receptors or nerve fibers in the stimulated tissue which are also physiologically activated by strong muscle contractions, and the effects on certain organ functions are like those obtained by protracted exercise. Both exercise and acupuncture produce rhythmic discharges in nerve fibers, and cause the release of endogenous
neurotransmitters including opioids, monoamines,
oxytocin and other neuropeptides – substance P (SP), calcitonin gene-related peptide (CGRP), galanin (GAL), corticoliberin (CRF), Neuropeptide Y(NPY) – important in the control of both sensory, affective and cognitive elements of pain.
​
Professor Han has been engaged in the research of basic mechanisms of acupuncture therapy and anesthesia since 1965. After a thorough investigation of the phenomena of acupuncture-induced analgesia in humans and in animal models, he started to study its neurochemical mechanisms. Professor Han was the first to describe the time-space distribution pattern of acupuncture analgesia on the human body. He further discovered that serotonin and opioid peptides (endorphins and dynorphins) are the two main chemical substances mediating acupuncture analgesic effect.
​
Electro-Acupuncture Analgesia (EAA) in human subjects has been shown to have incremental effect in Endogenous Opioid Peptides (EOPs) in plasma or cerebrospinal fluid. Professor Han’s Peking University research demonstrated a frequency dependent involvement of different EOPs in electro-acupuncture (EA) induced analgesia. This was accomplished by using varied methodologies to identify the different opioid receptors and their endogenous agonists. Based on several lines of evidence, it was concluded that low-frequency (2 Hz) EAA is induced by the activation of mu- and delta-opioid receptors via the release of enkephalin, beta-endorphin, and endomorphin in supraspinal CNS regions, whereas the effects of high-frequency (100 Hz) EAA involve the actions of dynorphin on kappa opioid receptors in the spinal cord. A combination of the two frequencies produces a simultaneous release of all four opioid peptides, resulting in a maximal therapeutic effect.

This finding has been verified in clinical studies in patients with various kinds of chronic pain including lower back pain and diabetic neuropathic pain.
He also found that each mediator has its counterpart playing an opposite role to keep a physiologic balance. For example, nor-epinephrine in the brain works against serotonin in terms of pain control, whereas the neuropeptide known as cholecystokinin (CCK) shows an anti-opioid effect in the whole central nervous system. He was the first to find the functional balance between opioid peptides and the anti-opioid peptides (CCK and some other peptides with anti-opioid activity) that determines the efficacy of acupuncture analgesia in different individuals. These findings coincide with the traditional Chinese medicine philosophy of Yin and Yang balance.
​
Professor Han also found that the analgesic effect after acupuncture is not immediately apparent – that it takes about 20 to 30 minutes to achieve the best effect. After needles are removed, the anesthetic effect will not disappear immediately, but will slowly decline. In clinical practice, general acupuncture anesthesia is given an “induction time” for half an hour before surgery can be started. 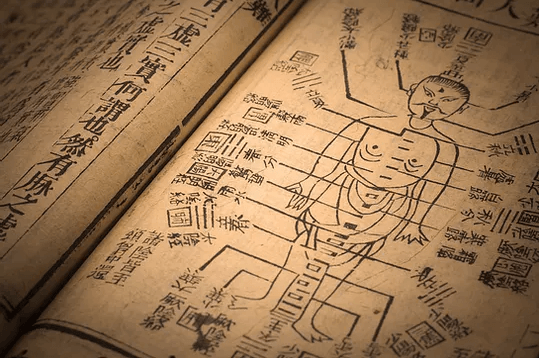 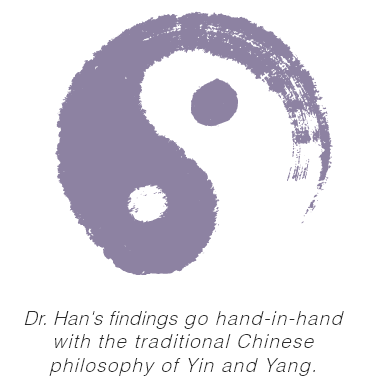 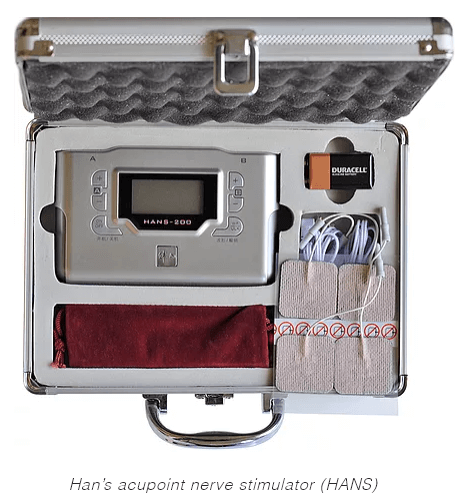 He discovered that the most important determinant of acupuncture effect is the frequency of impulses transmitted along the nerve fibers from periphery to central nervous system. Signals of different frequencies can induce the release of different kinds of chemical mediators. This led to the hypothesis of “frequency-dependent release of neuropeptides in central nervous system”. Further studies revealed that signals induced by low- and high- frequency peripheral stimulations are transmitted along different neural pathways.
​
These findings resulted in the design and manufacturing of a device named “Han’s acupoint nerve stimulator” (HANS), which has been used extensively for treatment of both acute and chronic pain. The main points of these discoveries have been summarized in a recent article entitled Acupuncture: neuropeptide release produced by electrical stimulation of different frequencies published in the January issue of 2003 of Trends in Neuroscience (26:17-22).

In recent years, Professor Han has researched acupuncture in the treatment of opioid (heroin) addiction using the HANS device. His research has shown that for acute opioid withdrawal, HANS can effectively control 90% of the withdrawal symptoms. HANS treatment not only helps with withdrawal symptoms, but also is used to reduce or eliminate the craving for opioids.

According to this protocol, after the completion of a detoxification program, the patient is discharged with a pocket-sized portable electrical HANS device. The patient is instructed to perform self-treatment with the device whenever craving occurs.

Usually, within 20 minutes, the craving either disappears or dramatically diminishes, and one can continue normal life without the threat of going back to opioids. The success rate of staying opiate free for more than one year without any pharmacological interventions has reached 20%.

These results have been presented in a chapter by Professor Han in the 4th edition of the text Substance Abuse edited by Joyce Lowinson et al, published by Williams and Wilkins in 2004.
​
With the advent of more and more breakthroughs in medical imaging and medical sciences in general, the understanding of the involvement of acupuncture in modern medical practice will undoubtedly become more and more evident. Professor Han has given acupuncture the scientific validation it needed to hold a place in conventional medicine. 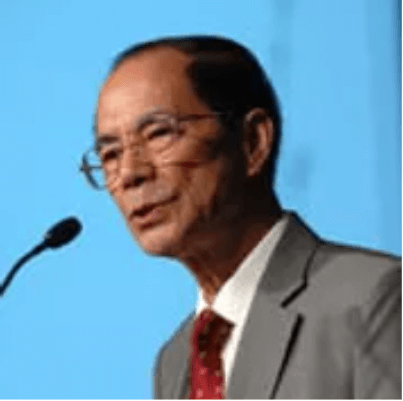 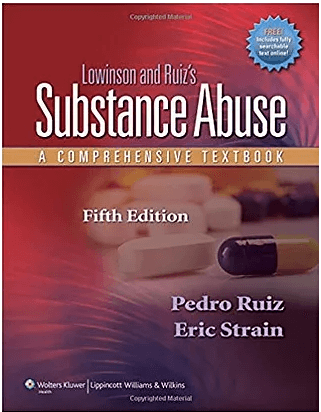 Since 1979, Professor Han has been invited to lecture at more than 100 universities and institutions in 26 countries, including: UCSF, Stanford, Washington University, Duke University, NYU, Rockefeller, Harvard, NIH, NIMH, University of Toronto, Karolinska Institutet, University of London, Max-Planck Institute (Munich), Heidelberg University, and the University of Milan.
​
Professor Han was the plenary speaker at the 12th International Congress of Pharmacology, Montreal, 1994, and at the first Joint Meeting of US-China Academy of Sciences, and Chairman and speaker of the “Acupuncture” session in the IBRO world Congress of Neuroscience held in Jerusalem, 1999. He was the first speaker on acupuncture mechanisms in the 1997 Historical Consensus Conference on “Acupuncture” sponsored by the National Institute of Health, USA.

Professor Han has received numerous awards for his research in acupuncture physiology. Most notably, in 2014, Professor Han was awarded the “The Second Cheung On Tak International Award for Outstanding Contribution to Chinese Medicine,” by School of Chinese Medicine, Hong Kong Baptist University (HKBU). This award was established in 2011 to recognize scholars who have made great contributions towards the internationalization or groundbreaking research of Chinese medicine. The award provides one or two winners with HK $500,000 in prize money every two years in order to promote modernization and internalization of Chinese medicine. Prof. Han donated his prize money to further develop the Chinese Journal of Pain Medicine. 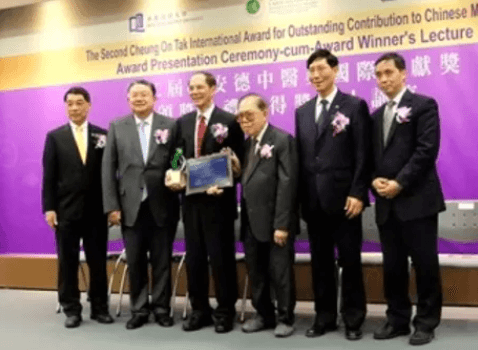 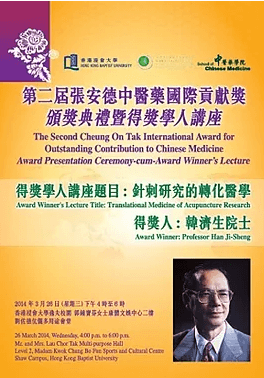 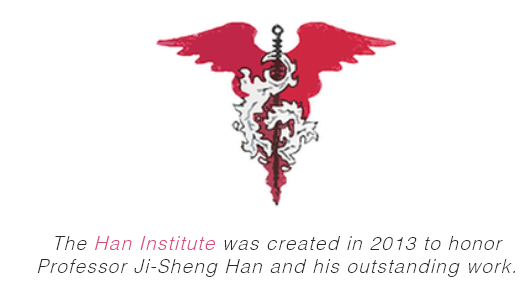 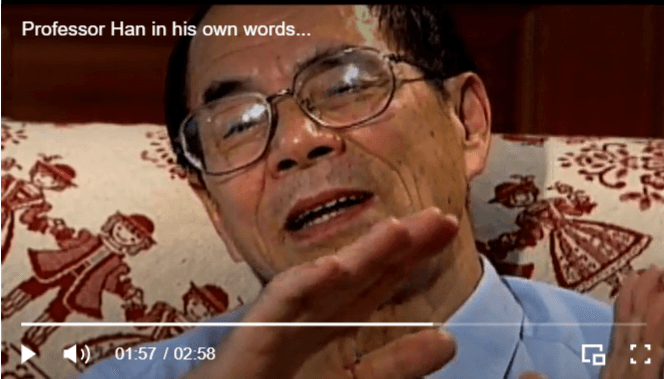 Professor Ji-Sheng Han on his research in using acupuncture to treat pain and addiction and how it has been extended to other conditions, including obesity.

Professor Han is the editor-in-chief of two journals: Progress in Physiological Sciences (1986-) and Chinese Journal of Pain Medicine (1995-).

Professor Han has published over 400 papers in peer-reviewed journals and 7 books, including: 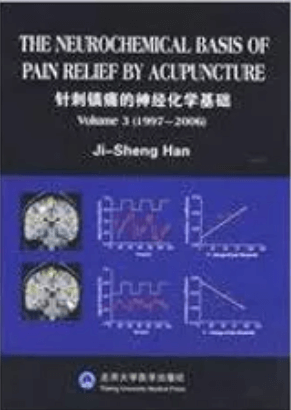