Constantine Hering was born on January 1, 1800, in Oschatz, Saxony (now in Eastern Germany). He grew up in a religious household. His father, Karl Gottlieb Hering, was a musician and author, and the creator of a simplified system of teaching music to children – which was used in German schools.

Constantine’s young mind, always extremely inquisitive, turned to medicine, and in 1817, he was sent to an academy in Dresden to study surgery. One day, while perusing the offerings in an old second-hand book store, a volume fell off the shelves and landed at his feet. It was an old copy of Euclid – in the introduction it read:

Hering was inspired to return home and study mathematics and Greek, which he did until 1820. He then attended the University of Leipzig, where he studied medicine and became the favorite student of the eminent surgeon, Dr. Henrich Robbi. 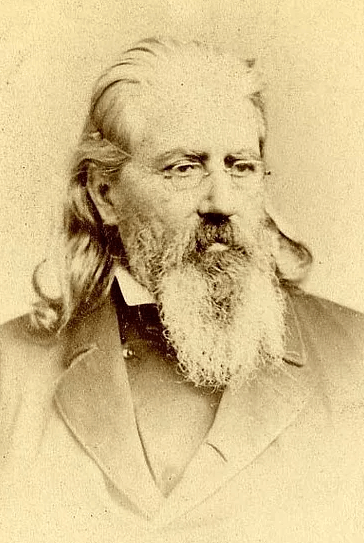 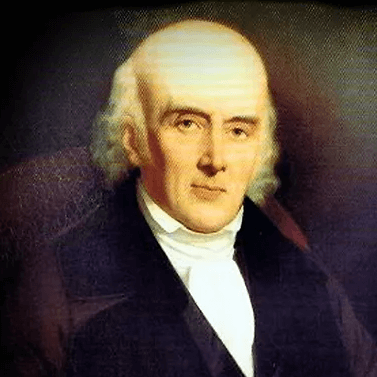 Knowing he was antagonistic towards homeopathy, the founder of a Leipzig publishing house asked Dr. Robbi if he would write a book disproving the discoveries of Samuel Hahnemann. Robbi declined for want of time, but recommended his young assistant Hering.

Hering set out to refute Hahnemann’s work, but after ardent research and experimentation (repeating Hahnemann’s findings), Hering became a believer in the efficacy of homeopathy. He was convinced that Hahnemann was right and that “Similia Similibus Curantur” was indeed a great law of nature.

After two years of close study, Hering sought out Hahnemann, and became his lifelong friend.

Hering quit his job, left the University, and went on to become one of the most influential proponents of homeopathy of all time.

Hering then entered the University of Würzburg, where the then great pathologist Schoenlein was teaching. He received his Doctor of Medicine in 1826. His Thesis was entitled De Medicina Futura (The Medicine of the Future). Hering then declared himself a homoeopath.
​
In 1827, the King of Saxony sent Hering to Paramaribo, the capital of Suriname, to conduct zoological and botanical research. During his 6-year stay, he studied leprosy and did much to relieve the suffering of the lepers in the leper colony. He was also an occasional contributor to the Homoeopathic Archives.

Soon after Hering wrote Communications by Letter from Paramaribo on the Treatment of Leprosy with Homoeopathic Remedies (1830), and The Antipsoric Remedies in their Relation to Leprosy (1831), the King attempted to prevent Hering from publishing his homeopathic findings – prompting Hering to resign his post and to accept a new position as the Physician-in-Attendance for the Governor of Paramaribo.
​
Dr. George H. Bute, a former Moravian missionary in Suriname (and a former student of Hering) had settled in Philadelphia, where he was engaged in the practice of homeopathy.
​
Learning from Dr. Bute that Philadelphia was a good place to practice homeopathy, Hering left Paramaribo, and landed in Philadelphia in 1833. 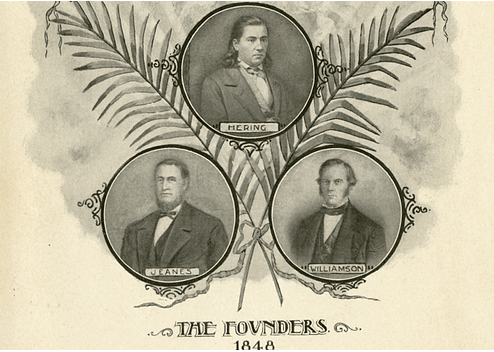 In the winter of 1824, Hering cut his right forefinger while dissecting a dead body. The wound rapidly became gangrenous. (In those days, such wounds were often fatal.)

Luckily for Hering (and for homoeopathy), a disciple of Hahnemann named Kummer persuaded him to try a homoeopathic treatment and gave him Arsenicum album.

After a few doses, his finger healed completely.

At that time in the U.S., there were no homeopathic textbooks available in English; nor were there any schools teaching homeopathic medicine.

There were only a few homeopaths scattered across the eastern part of the country, practicing with the help of Hahnemann’s works (which were all in German). Once in Philadelphia, Hering founded the Hahnemannian Society of Philadelphia.

He became joint editor of the Medical Correspondent (Allentown, 1835-1836), of the Miscellanies of Homeopathy (Philadelphia, 1839), of the North American Homœopathic Quarterly (New York, 1851-1852), and of the Homœopathic News (1854). He also founded and edited the American Journal of Homœopathic Materia Medica.
​
In 1848, the Homoeopathic College of Pennsylvania was founded by Drs. Constantine Hering, Jacob Jeanes and Walter Williamson; Dr. Hering was elected Professor of Materia Medica. In 1869, the Homoeopathic College of Pennsylvania merged with the Hahnemann Medical College of Philadelphia, where Dr. Hering served as Dean from 1867 to 1871.

Dr. Hering and his students treated over 50,000 patients a year and trained a total of 3500 homeopaths.

Dr. Hering went on to become highly influential in the expansion of homeopathic studies. He is known for making many great contributions, including observations of the healing process, known as “Hering’s Law of Direction of Cure.” The history of Hering’s Law is a significant part of the general history of homeopathic laws. It is essentially derived from ancient medical traditions, including traditional Chinese medicine, Ayurvedic medicine, as well as from the writings of Hippocrates and Paracelsus.

Hering observed that the body seeks to externalize disease, noting that symptoms will surface as part of the curative process and outlined five directions of cure:

(1) from above, downwards;
(2) from within, outwards;
(3) from center to periphery;
(4) from more important to less important organs; (5) in the chronologically reverse order of disease development.

Accordingly, symptoms should reflect the following patterns of cure: from the head down; from the inside out; from the most vital organs to the less vital, and in the reverse order of symptoms that they first appeared.

And click here for video on The Law of Cure.

Over 100 years ago,master homeopaths such as JT Kent, HC Allen, JH Allen, and PC Muzumdar – regarded Hering’s Law to be on par with the Law of Similars.

Hering published an extract of Guide to the Progressive Development of Homeopathy in the 1845 preface of the first American edition of Hahnemann’s Chronic Diseases:

Every homeopathic physician must have observed that the improvement in pain takes place from above downward; and in diseases, from within outward. This is the reason why chronic diseases, if they are thoroughly cured, always terminate in some cutaneous eruption, which differs according to the different constitutions of the patients.
​
The thorough cure of a widely ramified chronic disease in the organism is indicated by the most important organs being first relieved; the affection passes off in the order in which the organs had been affected, the more important being relieved first, the less important next, and the skin last.
​
Even the superficial observer will not fail in re-cognizing this law of order. This law of order which we have pointed out above, accounts for numerous cutaneous eruptions consequent upon homeopathic treatment, even where they never had been seen before; it accounts for the obstinacy with which many kinds of herpes and ulcers remain upon the skin, whereas others are dissipated like snow. Those which remain, do remain because the internal disease is yet existing… It lastly accounts for one cutaneous affection being substituted for another.

These guiding principles are used to determine whether a patient’s health is improving or deteriorating.

Dr. Hering continued practicing homeopathic medicine until his death in 1880. Because of his many contributions to the field, Dr. Hering is considered the “Father of Homoeopathy in America”. His great life work was the Homoeopathic Materia Medica, which was an index of 325+ articles written mostly on remedies and indications for their use.

He either edited or wrote some 89 books or pamphlets. Among the standard books currently used by homoeopathic physicians are Hering’s Analytical Therapeutics or Symptoms of the Mind; Hering’s Condensed Materia Medica; Hering’s Complete Materia Medica, and Gross’ Comparative Materia Medica, to which he devoted an entire year, translating from the German and revising it.
​
Dr. Hering also authored a 10-volume series entitled The Guiding Symptoms of our Materia Medicas. This was edited posthumously by Drs. Calvin B. Knerr, Charles G. Raue, and Charles Mohr, making Dr. Hering’s work readily accessible for use by the busy practitioner.

In the preface, Dr. Hering wrote:
​
It has been my rule through life never to accept anything as true, unless it came as near mathematical proof as possible in its domain of science; and, in the other hand, never to reject anything as false, unless there was stronger proof of its falsity. 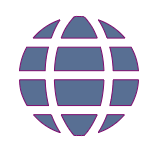 Homeopathy organizations around the globe