The homeopathic scientific model is based on four pillars:

4) use of dynamized or potentized medicines (homeopathic high dilutions).

Although these assumptions are enough to substantiate and apply homeopathic treatment to several health-related disorders, scientifically evidenced in hundreds of experimental and clinical studies, homeopathy also uses the philosophic concept of vitalism and the miasmatic theory to broaden the understanding of the health–disease process.

According to Samuel Hahnemann’s vitalism concept, the vital force is responsible for maintaining health and preserving life, by acting on the body’s physiology, automatically and instinctively. Since it is strongly linked to the physical body (organic vital force or vital principle), it is said to maintain the body’s sensations and functions in balance during the state of health. When ‘vital dystonia’ occurs, the body gets sick; in turn, healing occurs by restoring that balance. Homeopathic medicines can restore vital harmony because they are said to have a dynamic force of similar nature. By producing an artificial disease that is very similar to the natural one, it has been proposed that the homeopathic medicine acts by triggering a reaction from the vital principle against the pre-existing organic disturbance, removing the signs and symptoms manifested by means of the principle of symptomatic therapeutic similitude.

In Greek the term ‘Sarcode’ means fleshy.  Sarcodes, sometimes referred to as organotherapy, are homeopathic remedies prepared from healthy animal organs, tissues and secretions that contain biological molecules with specific physiological functions in the human organism. According to this definition, an animal product will not be considered a sarcode, if it does not contain some biological molecules that are an integral part of vital metabolic processes of human organism. That is the dividing line between ‘animal drugs’ and ‘sarcodes’. Sarcodes contains information of biological structure of an organ and by resonating the organs substance energetically (homeopathically) its natural healing energy is stimulated. Thus, removing toxins and optimizing organ function.

“Sarcodes contain the information of the biological structure of an organ. By resonating the organ structure energetically, similar to plucking a string or ringing a crystal chime, the organ’s natural healing energy is stimulated; this not only supports optimal organ function, but also tends to throw off toxins (namely inorganic heavy metals) at the same time.” 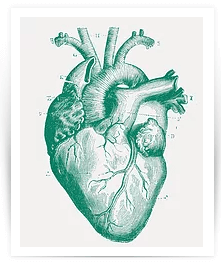 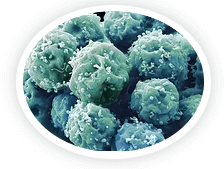 Sarcode therapy is based on two fundamental laws

​Identical organs: When a diseased organ is present, an identical healthy organ extract is administered to rectify the organ.

​Activity by potency: Sarcode therapy is based on the idea that organs respond to those tissues that have an affinity for the same tissues in the human body. This is based on the understanding that every living organ can recognize its own signature and response. This is what is called tissue memory and it stimulates the exact reproduction of cells of the tissue in a diseased state. Thus, there is the difference in organ remedies and sarcode therapy or organotherapy. In organotherapy, glandular and tissue extracts are used as remedial agents.

The concept with ‘organ remedies’ is related to organ affinity, which is due to the pathogenetic action of a remedy to affect the certain specific system or organ or tissues. Organ or tissue remedies can be used as homeopathics, isopathics or can be prescribed as palliatively.

Sarcodes utilize messenger RNA (mRNA) to regulate and correct the function of organs and bodily systems on a cellular level. Messenger RNA is a single-stranded RNA molecule that corresponds to the genetic sequence of a gene and is read by the ribosome in the process of producing a protein. Hence, sarcodes are also referred as biological mRNA therapy. At a biochemical level the use of sarcodes transfers genetic information from the cell nucleus to ribosomes in the cytoplasm, where it serves as a template for protein synthesis. At an energetic level the sarcode provides a resonance frequency to the targeted organ or tissue. The main requirement for the successful use of these medicines is an understanding of the pathology involved in the disease being addressed. 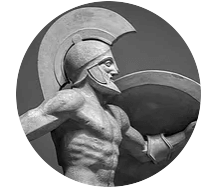 Cross-culturally from ancient times, organ and glandular parts of animals were consumed for their health-giving properties. The practice of treating an organ with the same one derived from another creature, known as similia similibus, was familiar to the Ancient Greeks and Romans. Liver was consumed to benefit the liver, heart for the heart and consuming brain tissue was considered a potential treatment for those of low intellect.

This practice, later called Opotherapy, was widely used in the 19th and early 20th centuries. It consisted of administrating the desiccated organs of animals, and especially the hormonal glands, to replace the failing function of the gland in the patient. It was the precursor of endocrinology where only the hormones are given to replace the deficient secretion. Thus, endocrinology evolved from Opotherapy when the function of the glands was understood, and the role of hormones became more clear.

The major difference with the scientifically anointed practice of endocrinology is that organotherapy (opotherapy) aims at repairing and restoring the function of the diseased gland or organ, whereas endocrine therapy, as useful and needed as it is, replaces the function of the target gland or organ through exogenous administration of a hormone.  The many negative feedback systems at work in the human body signal the glands and organs that their work is done, allowing them to shut down and eventually undergo atrophy.

The response of a malfunctioning or diseased organ to a sarcode remedy is that the function of the organ or tissue concerned is supported in its healing, regulation and balance. Another possible way is that organ homeopathic remedies can also act as if to replace an organ, which was removed partially or totally with surgery. These remedies may also be used to facilitate drainage in order to restore the function of organs which are affected by (a progressing disease). In other words, sarcodes can be employed for detoxification.

Today homeopathic sarcodes have been renamed by the German company HEEL – Biologische Heilmittel Heel GmbH) as “Suis-organ preparations”. These remedies are an important component of antihomotoxic therapy and are administered especially to patients with chronic diseases to stimulate and reactivate the homologous human organs or tissues.

The manufacturing of suis-organ preparations is strictly regulated to ensure their safety. Before production of the mother tincture begins, the identity of the raw material of animal origin is first confirmed by a veterinarian. Several tests are then performed, including a histological examination. Additional tests are conducted in specialized laboratories to ensure that the animal tissues contain no pathogens that infect humans. All the test results are documented and archived and must be available before the animal material is processed further. Production of homeopathic extracts from freshly slaughtered animals or their organs following strict manufacturing methods outlined in the German Homeopathic Pharmacopoeia (HAB).

​In accordance with the 2007 HAB, one part of the animal ingredient is diluted with nine parts of 85 percent glycerol. The initial mixture is then allowed to stand for at least five days, after which the coarsest particles are filtered out. The resulting filtrate is the mother tincture used in the production of further dilutions. A different method applies specifically to the production of injectable medications and eye drops. That manufacturing process differs only in that one part of the finely ground raw material is first mixed with 2.1 parts of 85 percent glycerol and succussed. For injection purposes, the first decimal (D1) dilution is then produced using three parts of this mother tincture and seven parts water, while the D2 dilution uses one-part D1 and nine parts water. Potentization stages up to and including D2 always involve a 1:10 mix with either 85 percent glycerol or 15 percent ethanol; beginning with D3, the carrier is 15 percent ethanol. The potentized suis-org extracts are then further processed into antihomotoxic medications in accordance with the relevant manufacturing guideline of the HAB.

In addition to the above-mentioned microscopic histological examination of the animal raw material, additional analytical testing of finished mother tinctures takes place in Heel’s quality control lab. In particular, the identity of the mother tincture is confirmed through “isoelectric focusing,” a specialized electrophoresis technique applied in accordance with the European Pharmacopoeia.

​Isoelectric focusing makes it possible to identify the various components of a biological material as shown on an electropherogram. Comparison to previous production runs then ensures the uniformity of the current batch of mother tincture. Other physical characteristics (color, opalescence, relative density) of the mother tincture are also tested.

The special conditions under which donor animals are raised and extensive testing of the animal tissues ensures that the quality of the suis-organ extracts meets modern standards of safety. The European Pharmacopoeia’s general monograph on homeopathic preparations requires that animal ingredients be free of viral and bacterial agents to avoid infecting patients. An assessment report, regularly updated, evaluates the viral safety of the hog tissue. Because the animal tissues used in the manufacture of suis-organ medications are derived exclusively from pigs, which have no known susceptibility to spongiform encephalopathy (BSE), there is no danger of transmitting the disease. Thus, the suis-organ preparations manufactured and marketed by Heel meet all the requirements of the law and the pharmacopoeia regarding biological materials of this type.

Vieracker, Victoria. “Nosodes and Sarcodes-An Example of the Development of the Homeopathic Medicinal Treasure in the First Half of the 19th Century.” (2011): 157-166.