Christoph Wilhelm Friedrich Hufeland was born August 12, 1762, at Langensalza, Saxony (now Thuringia). He was raised in a culturally rich environment: both his father and grandfather were physicians who served at the Weimar court. (His father, Johann Friedrich Hufeland, was called to Weimar when Christoph was only three.) In 1780, he entered the University of Jena, and in the following year went to Göttingen, where he graduated in medicine in 1783.

After graduation, Hufeland assisted his father for some years at Weimar. In 1793, he was called to the chair of medicine at Jena, receiving at the same time the positions of court physician and Professor of Pathology at Weimar. In 1798, Friedrich Wilhelm III of Prussia appointed him Director of the College of Medicine and Surgery and also made him supervising physician of the Charité, the largest hospital in Berlin – and perhaps the leading teaching hospital in all Europe.

With the opening of the new university in Berlin in 1810, Hufeland was given the Chair of Special Pathology and Therapy and served as the first Dean of Medicine, teaching alongside his old friend Johann Christian Reil, who had been called from Halle to teach clinical medicine, and Carl Asmund Rudolphi, who taught anatomy. 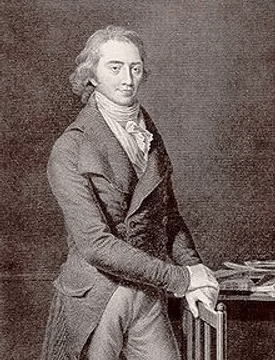 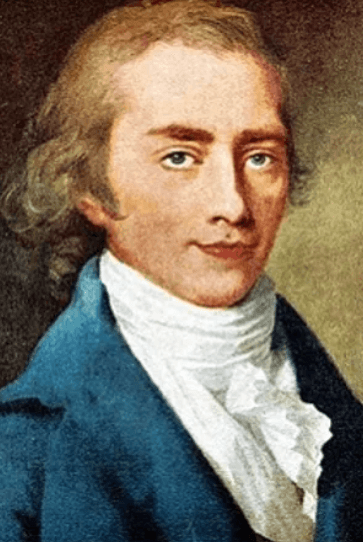 “The more a man follows nature, and is obedient to her laws, the longer he will live; the farther he deviates from these, the shorter will be his existence.”

Hufeland was one of the most prominent German physicians in the early 1800s; his influence in preventive medicine (using proper diet and lifestyle changes) and naturopathic care extends into our time.

His vitalistic ideas of life-force, preventative medicine, and the role of the psyche have all become central themes in bioregulatory medicine.

Hufeland’s emphasis on therapy, bedside doctoring, and the social dimensions of illness were renowned, and led to the opening of Berlin’s first polyclinic for the poor at the Charité.

Hufeland believed that “the very tragedies of poverty were those in which the lack, the pain and the unhappiness together buried the most pernicious diseases and infectious diseases that spread from there to all and higher circles.”

Hufeland was a convinced representative of a vitalistic concept of life. He was also a contemporary and close friend of Samuel Hahnemann, founder of homeopathy. He helped Hahnemann publish many of his original writings.

Hufeland became a staunch advocate of homeopathy. He wrote (Hufeland, System der Prakt. Heilkunde, 1830):
​
The first reason inducing me to write is the fact that I considered it incorrect and unworthy of science to ridicule or persecute the new doctrine of homeopathy… I find suppression and despotism in science repugnant; here, the only rule should be freedom of spirit, basic research, the confutation of hypotheses, the comparison of observations, adherence to facts and not to personalities. Homeopathy must necessarily be contested if it intends to present itself as a general principle of every therapy. In fact, if this affirmation were to be taken literally, it could seem to be the grave of all sciences and human progress.

But homeopathy is valid as a field of observation and, instead of being repudiated, should be used as a special method of cure, subordinate to the higher concepts of rational medicine. On the basis of my personal observations, I am convinced that it can render a service not rarely, but sometimes in a highly striking manner, particularly after the failure of other treatments. I am not in favor of homeopathy, but of the inclusion of a homeopathic method in rational medicine. I would not speak of homeopathic physicians, but of physicians that use the homeopathic method at the right time and in the right place. 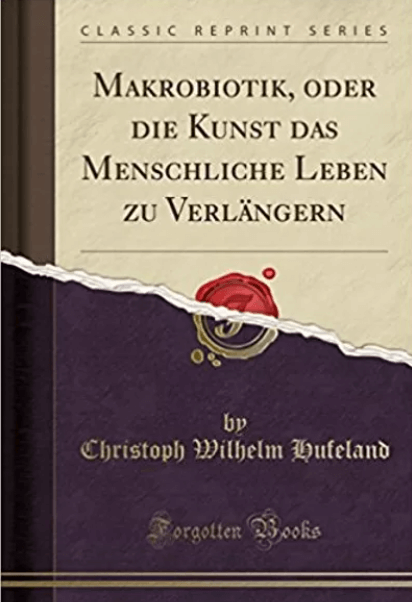 A STAUNCH ADVOCATE OF HOMEOPATHY 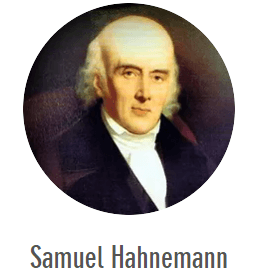 Hufeland joined the Illuminati order at this time, having been introduced to free-masonry in Göttingen in 1783. His aversion to Catholicism led him to work actively alongside Adolf Knigge and the order’s founder, Adam Weishaupt.

He developed an avid interest in Chinese alchemy and traditional Chinese medicine methods of extending longevity.

Hufeland joined the Illuminati order at this time, having been introduced to free-masonry in Göttingen in 1783. His aversion to Catholicism led him to work actively alongside Adolf Knigge and the order’s founder, Adam Weishaupt.

He developed an avid interest in Chinese alchemy and traditional Chinese medicine methods of extending longevity.

The most widely known is his masterpiece on preventive medicine: Makrobiotik, oder die Kunst das menschliche Leben zu Verlängern, first published in 1797. A second edition appeared that same year; eight official editions (as well as various pirated editions) appeared during his lifetime, along with several translations.

Hufeland coined the phrase macrobiotics, later adopted by George Oshawa, an admirer of Hufeland and founder of the modern macrobiotic movement. Today, macrobiotics encompasses a complete health care system that recognizes the profound effects food, environment, activities, and attitude all have on our body-mind-emotions.

​Hufeland was deeply influenced by the philosopher Jean-Jacques Rousseau, whose ideology fueled the philosophy of naturism and the nature cure movement, which became popular throughout Europe. Rousseau was also inspired by the idea of ​​improving social conditions through scientific method using appropriate diet and lifestyle.

According to Hufeland, a central principle of Makrobiotik is “life force” (Lebenskraft), a term borrowed from Blumenbach. This life force, according to Hufeland, is present in everything, although it is most easily detected in organic beings, where it is manifested as the ability to respond to external stimuli. According to Hufeland, life force can be weakened or destroyed, as well as strengthened, through external influences, such as pursuing a proper diet and lifestyle. Both traditional Chinese medicine and Ayurveda have historically presented the concept of life-force (Qi or Prana).

In his own time, Hufeland’s work drew attention to two important issues: disease prevention and the problems of aging. For Hufeland, illness was not to be cured, so much as prevented by pursuing a proper diet and lifestyle – he also emphasized the importance of emotional and psychic well-being.

He also wanted to show that the physical essence of man was based on his higher moral purpose. Hufeland called the natural healing powers of nature “physiatrics,” and believed that the physician is not “the ruler of nature, but his servant.”

Hufeland was a proponent of “Nature Cure,” which consisted of hydrotherapy (cleansing the colon with a water flush), air and light baths, vegetarian diet and herbal remedies. Hufeland was also a great fan of mineral springs and “Water Cure” (popularized by Sebastian Kneipp).
​
Of his practical works, the System of Practical Medicine (System der praktischen Heilkunde, 1818-1828) is the most elaborate. From 1795 to 1835, he edited the Journal der praktischen Arznei und Wundarzneikunde. He corrected misconceptions about phrenology, mesmerism and numerous other subjects.
​
In 1823, he was elected a member of the Royal Swedish Academy of Sciences.

Hufeland’s Enchiridion Medicum appeared in 1836, just before his death – it is both an autobiography and his medical testament. As he writes in the chapter Medical Relationships: “the essence of a genuine medical practice requires unreserved attitudes both to patients and to their offenders. A doctor should do nothing other than preserve life. The doctor’s purpose is not to consider whether life is valuable or not. If he lets such thoughts affect his actions once, then he becomes the most dangerous man in the state.”

Hufeland was a true spokesperson for the ancient Hippocratic oath – “first do no harm.”

“Smiling is the healthiest of all body movements.” 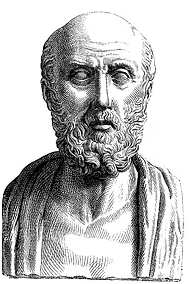 Hufeland is also remembered for his pioneering work on pediatrics and child rearing, public health, therapeutics, and medical education, and his discussion (in Makrobiotik) of the 24-hour cycle as a basic unit of biological chronometry, establishing him as an early founder of chronobiology.
​
Among his many awards and honors, Hufeland was invited into Germany’s oldest scientific society, the German Academy of Natural Scientists Leopoldina, in 1790, and into the Prussian Academy of Sciences at Berlin on December 23, 1800.

In 1809, he entered nobility – when he was made a Knight of the Order of the Red Eagle, 3rd Class.

Hufeland is also remembered for his pioneering work on pediatrics and child rearing, public health, therapeutics, and medical education, and his discussion (in Makrobiotik) of the 24-hour cycle as a basic unit of biological chronometry, establishing him as an early founder of chronobiology.

Among his many awards and honors, Hufeland was invited into Germany’s oldest scientific society, the German Academy of Natural Scientists Leopoldina, in 1790, and into the Prussian Academy of Sciences at Berlin on December 23, 1800.

In 1809, he entered nobility – when he was made a Knight of the Order of the Red Eagle, 3rd Class.

• The Art of Prolonging Life – Volume 2

• Enchiridion Medicum: Or, Manual of the Practice of Medicine. The Result of Fifty Years Experience