Dr. Siegel’s passion for medicine was fueled in 1975 when she became an emergency medical technician. While going to college, she worked on an ambulance and in an emergency room. She became the first female paramedic in the state of Fla in 1977. Veterinary medicine was always her priority, and she fulfilled her life’s passion when she graduated from the University of Florida College of Veterinary Medicine in 1985.

​Dr. Siegel spent the first-year post graduation in a 5-doctor small animal and exotic practice. She then accepted a position in a veterinary emergency clinic where she practiced and managed the hospital. In addition to the emergency clinic, Dr. Siegel worked in several daytime practices as a relief veterinarian. She opened her existing small animal and exotic practice in 1987.

​In 1996 Dr. Siegel became certified in Redirecting Children’s Behavior, a course that teaches parents communication skills and how to recognize and deal with power struggles, inappropriate attention issues, revenge, and inadequacy. She taught community courses for 10 years and now teaches one on one classes.

In 2004 one of Dr. Siegel’s show horses developed debilitating neck spasm. Traditional western medicine was unable to fix the problem. Dr. Siegel was unwilling to give up and sought alternative means to treat the mare. The journey to fix Lilly led to chiropractic training, a thorough understanding of nutrition, Chinese medicine, acupuncture, Jin Shin jyutsu, Chinese herbs, intrinsic energy products, therapeutic laser, essential oils, Bach Flowers, emotional healing, and certification in Live Blood Analysis. All these modalities and more are integrated into her treatment protocols resulting in greater success than western modalities alone.

Her hobbies and interests are as varied as her accomplishments, with interests in sports (particularly horses, tennis, dance, water skiing, snow skiing, snorkeling, diving, and fishing), though she is up for anything short of jumping out of airplanes. She also enjoys many arts and crafts and reading.

​She is an accomplished cook (contributing recipes to a cookbook her kids wrote) and has a special interest in RAW Food preparation. In 2010 Dr Siegel co- authored a children’s book Demi And the Dolphins A lesson In Ecology (available through Amazon and Barnes and Noble) with her daughter Alyssa.

​She is currently training her own show horses and is becoming an avid permaculturist.

​Though Dr. Siegel didn’t grow up having many animals, she has made up for that in her adult life. She currently has 4 horses, numerous cats, several birds, fish and chickens. 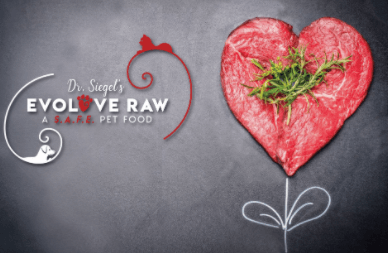 Dr. Siegel believes “health care” is about preventing dis-ease. Her focus is on identifying and  resolving the root cause of dis-ease through treating the biology, not the symptoms. Dr. Siegel educates her clients that healing begins in the gut.  Disappointed with the lack of quality pet foods, she created her own line of raw food…EvoLove Raw  A S.A.F.E. (species appropriate fundamentally enriching) Pet Food.

Dr. Siegel’s interest in alternative medicine lead her to become a Certified Natural Health Professional in 2012. The knowledge and skills derived from this certification has added immeasurable value to her practice.

Dr. Siegel has been featured on several local TV shows, has given numerous lectures on integrating holistic care in veterinary medicine, and has written newspaper columns on veterinary care for pets.

She participates in many community service projects including The Great American Teach In and Toys 4 Tots. She is an active “Blogger”, sharing her knowledge for animal and people wellbeing. Access her articles by clicking on the “Blog” link.

She feels her role as a practitioner is to educate and empower people to make informed decisions. Her client/patient relationships start with a complete history and a thorough physical exam. She then educates the owner of the options available, helping them to make decisions right for them and their pet.

Dr. Siegal is a Visionary

Dr Siegel has been a visionary in the health field. Her hospital was the first in Florida to offer ultrasound telemedicine, and the second hospital to offer class 4 laser therapy, the first on board with digital radiography, and she continues to strive to stay cutting edge in the profession.