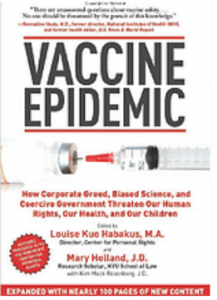 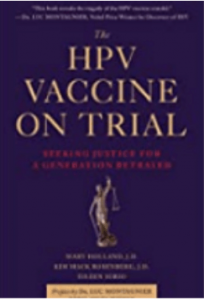 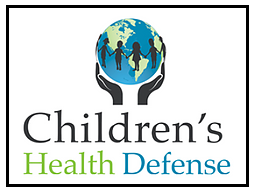 Mary Holland, J.D., has fought long and hard in the vaccination choice and safety movement. She recently joined Children’s Health Defense (CHD) as their full-time General Counsel while continuing her position as Vice Chair.

In the last fifteen years, she has co-written and edited two books, Vaccine Epidemic and The HPV Vaccine on Trial, and co-founded two non-profits, the Elizabeth Birt Center for Autism Law and Advocacy and the Center for Personal Rights. In addition, she has published seminal legal articles on critical dimensions of vaccine law and policy: constitutionality; herd immunity; liability for injury; and the connection between vaccines and autism.

​On behalf of many organizations, she submitted amicus briefs to the U.S. Supreme Court in Bruesewitz v. Wyeth, a case about manufacturer liability, and to the U.S. Court of Appeals for the Federal Circuit in Cedillo v. HHS about vaccine-induced autism.

She serves on the advisory boards for Health Choice, the Institute for Pure and Applied Knowledge, and the Otto Specht School and Endeavor 21+, Waldorf communities for children and young adults with learning differences.

Holland has addressed legislators in Vermont, Maine, Pennsylvania, New York, Texas, California, Oregon, Washington and West Virginia on vaccine law and policy. She has held briefings on Capitol Hill and at the United Nations, capturing international attention. And she has stood up to some of the fiercest vaccine coercion proponents: Dr. Paul Offit, Dr. Arthur Caplan and Dr. Peter Hotez.

​In addition to her work on vaccine rights, Holland has been an outspoken advocate for human rights generally. While at Harvard-Radcliffe College as a Russian and Soviet Studies major, she spent a semester in Moscow, learning firsthand about human rights violations from dissidents, who were surveilled, censored, harassed, marginalized and criminalized. While a student at Columbia Law School and thereafter, Holland worked with Human Rights First as an attorney and advocate. She remembers when the Soviet Union’s fall seemed all but impossible. But then one fine day in 1991, with the stroke of a pen, the Soviet Union fell.

​Holland believes that legal action can and will turn around the catastrophic and unacceptable situation families face today. Anthropologist Margaret Mead once said “Never doubt that a small group of thoughtful, committed citizens can change the world; indeed, it’s the only thing that ever has,” and Mary Holland agrees:

Once I learned about the extreme liability protection that industry and healthcare providers enjoy, and the suppression of accurate science and information about vaccine risks and injury, I understood the need for immediate, radical systemic change. I have been devoted to that change ever since.