Jean-Jacques Rousseau was born on June 28, 1712 in Geneva, Switzerland; his mother died shortly after his birth. When Rousseau was 10, his father fled Geneva to avoid imprisonment for a minor offense – leaving young Jean-Jacques to be raised by an aunt and uncle. At the age of 13, Rousseau was apprenticed to an engraver.

In 1728 (at the age of 16), Rousseau left the engraving trade to travel, but quickly became secretary and companion to Madame Françoise-Louise de Warens. This was an unusual relationship: twelve years his senior, she was in turns a mother figure, a friend and a lover. Under her patronage, he developed a taste for music. He set himself up as a music teacher in Chambéry (1732) and began a period of intense self-education. 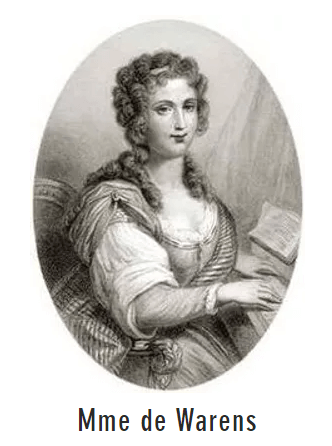 His first major philosophical work, A Discourse on the Sciences and Arts, was the winning response to an essay contest conducted by the Academy of Dijon in 1750.

In this work, Rousseau argued that the progression of the sciences and arts caused the corruption of virtue and morality. He proposed that the progress of knowledge had made governments more powerful, and crushed individual liberty; that material progress had undermined the possibility of sincere friendship, replacing it with jealousy, fear and suspicion.

Rousseau maintained that the goal of government should be to secure freedom, equality, and justice for all within the state, regardless of the will of the majority. 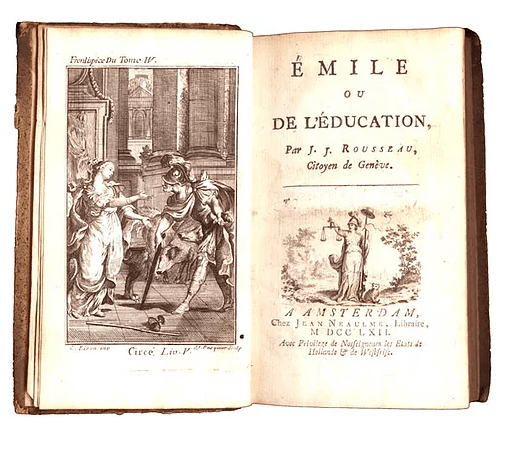 “I do not know what doctors cure us of, but I know this: they infect us with very deadly diseases, cowardice, timidity, credulity, the fear of death. What matter if they make the dead walk, we have no need of corpses; they fail to give us men, and it is men we need.” 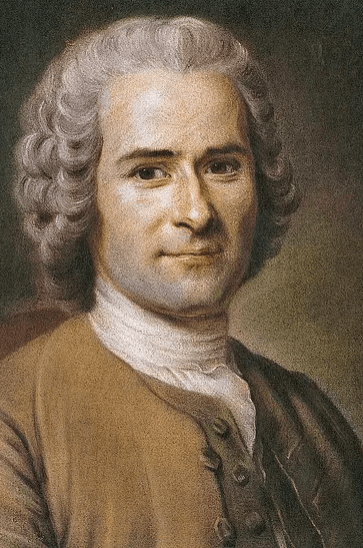 In 1742, Rousseau moved to Paris, where he became a close friend of Denis Diderot, who was to commission him to write articles on music for the French Encyclopédie.

Through the sponsorship of many society women, Rousseau became the personal secretary to the French ambassador to Venice – a position from which he was quickly fired for being unable to put up with a boss whom he viewed as stupid and arrogant. Jean-Jacques Rousseau returned to Paris in 1745, and earned a living as a music teacher and copyist.

Despite having had an unusual childhood with no formal education, Rousseau was one of the most influential thinkers of Europe’s 18th-century Enlightenment. 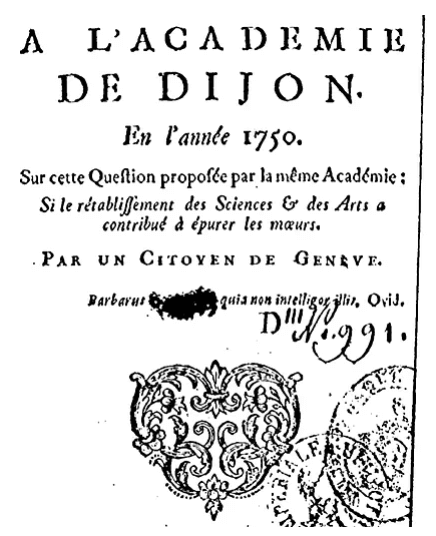 His book Émile was the most significant book on education after Plato’s Republic.

Rousseau’s ideas profoundly influenced modern educational theory. He minimized the importance of book learning, and recommended that a child’s emotions be educated before his reason. He placed a special emphasis on learning by experience.
​
Rousseau spent a lifetime with doctors (he suffered most of his life from chronic urinary retention syndrome). Unable to find a cure for his ills, he eventually rejected conventional medicine doctors. He instead turned his interest to natural medicine and hygiene.
​
Rousseau believed that one’s self-interest can best be achieved by considering the wellbeing of others.

Like Rousseau three centuries ago, we in the 21st-century must look for and identify the common good that will enable our society to revive democracy, solidarity and the art of living together.

• 1750: A Discourse: Has the restoration of the arts and sciences had a purifying effect upon morals? Available in a single volume with The Social Contract, London: Dent Everyman. The essay that first established Rousseau.

• 1755: A Discourse on Inequality. Translated with an introduction by M. Cranston (1984 edn.), London: Penguin. Also available as an Everyman Book in a single volume with The Social Contract. Said to be one of the most revolutionary documents to have come out of 18th-century Europe. Seeks to show how the growth of civilization corrupts man’s natural happiness and freedom by creating artificial inequalities of wealth, power and social privilege. Rousseau contends that primitive man is equal to his fellows because he can be independent of them, but as societies become more sophisticated, the strongest and most intelligent members of the community gain an unnatural advantage over their weaker brethren, and the constitutions set up to rectify these imbalances through peace and justice in fact do nothing but perpetuate them.

• 1755: A Discourse on Political Economy. Available as part of The Social Contract and Discourses, London: Everyman/Dent.

• 1761: La Nouvelle Heloise (The New Heloise: Julie, or the New Eloise: Letters of Two Lovers, Inhabitants of a Small Town at the Foot of the Alps), Pennsylvania University Press. Story based on the relationship between Abelard and Heloise.

• 1762: The Social Contract, London: Penguin. (1953 edn.) Translated and introduced by Maurice Cranston. Also published by Dent Everyman along with the Discourses.

• 1782: Rousseau juge de Jean-Jacques, Dialogues (Rousseau, judge of Jean-Jacques, dialogues / edited by Roger D. Masters and Christopher Kelly; translated by Judith R. Bush, Christopher Kelly, and Roger D. Masters) (1990 edn), Hanover: Published for Dartmouth College by University Press of New England. Conversation between a seeker of truth about Jean-Jacques (Rousseau) and the ‘Frenchman’ – someone who had been a victim of the various ‘slanders’ made about J-J.

• 1782: The Confessions of Jean-Jacques Rousseau (1953 edn.), London: Penguin. Extraordinary reading. ‘By writing his Confessions Rousseau not only wanted to know himself and alleviate his guilt, he sought also to recapture the happiness of the past, to savor again those brief but precious occasions when he felt that he had been truly himself and had lived as nature had wanted’ (Grimsley 1973: 137).

• 1782: Reveries of the Solitary Walker. Translated with an introduction by P. France, London: Penguin. Unfinished series of reflections combining argument with anecdote and description. ‘As he wanders around Paris, gazing at plants and day-dreaming, Rousseau looks back over his life in order to justify his actions and to elaborate on his view of a well-structured society fit for the noble and solitary natural man.’ This edition includes an introduction, notes and a brief chronology.