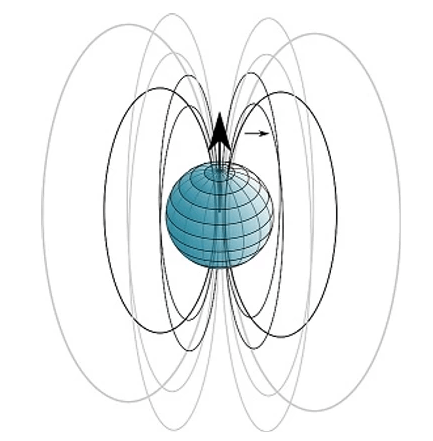 Mobile communication has exponentially grown worldwide over the last few decades due to an advancing revolution in wireless technology. This revolution began with 1G- the first generation and has advanced now to 5G- the fifth generation. The dependency on wireless technologies has greatly increased public exposure to broader and higher frequencies of the electromagnetic spectrum to transmit data through a variety of devices and infrastructure. Currently, throughout many urban and rural areasa new generation of even shorter high frequency 5G pulsed wavelengths is being implemented. Research is surfacing that the addition of this added pulsed, high frequency 5G radiation to an already complex mix of lower frequencies, will contribute to a negative public health outcome from both a physical and mental health perspective. 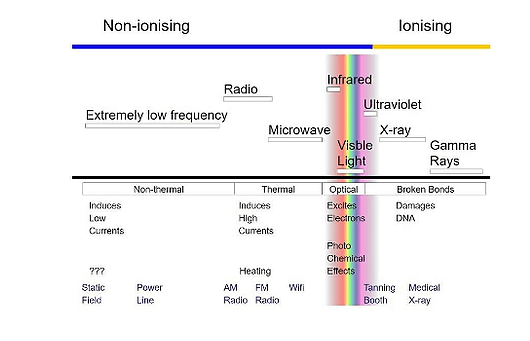 The following is a brief description of the advancement in mobile technology: 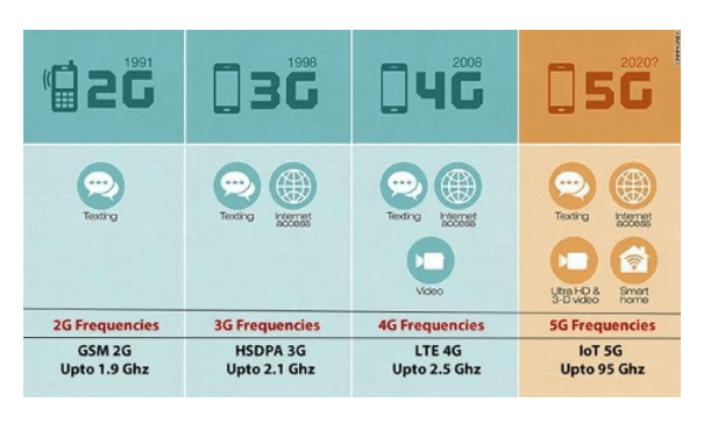 The study of the biological effects associated with exposure to electromagnetic energy at radiofrequency/microwave (RF/MW) frequencies is a mature scientific discipline. At present, there are well over 15,000 papers in the scientific literature that report the results of laboratory studies of exposed animals, humans, in vitro preparations, and other relevant studies. As can be imagined, the quality of the studies is uneven, ranging from poor and incomplete to excellent. Since many experimental maneuvers cannot be performed on human subjects, studies of animal subjects must often be substituted. Most studies that report biological effects have involved acute (minutes to hours) RF/MW exposures of animal subjects or in vitro preparations. Due to economic and technical concerns, only a few studies have investigated the consequences of long-term exposure of animals to controlled RF/MW fields.

The controversy over health effects of radiofrequency electromagnetic radiation from commonly used wireless devices such as cell phones, cordless phones, Wi-Fi routers and cell tower infrastructure remains problematic. Radiofrequency research in North America and many countries is poorly funded and even when a study is thorough it seems to not answer the question of long-term safety or provide appropriate precautionary limits.1

Microwave radiation is silent and invisible, but with continuous exposure, cells are adversely affected. These extremely high and pulsed frequencies have been shown to cause disturbance in cell-to-cell communication. As cellular communication is vital to human bioregulation, studies have shown exposure to these pulsed microwave frequencies have a fundamental impact on biological processes in our body with the potential following detrimental effects:

DNA damage and alterations in gene expression in some human cell types 17, 18, 19

Additionally, damage goes well beyond humans, as there is growing evidence of harmful effects to both plant, wildlife and other biosystems. 47, 48, 49, 50, 51, 52, 53 The reported global reduction in bees and other insects is plausibly linked to the increased radiofrequency electromagnetic radiation in the environment. Honeybees are among the species that use magnetoreception, which is sensitive to anthropogenic electromagnetic fields, for navigation. When the honeybee suffers, so does agriculture, and so, potentially do all who depend on the bounty that comes from animal pollinated flowering plants from which we derive many of our most delicious and health-giving fruits and vegetables. Additionally, several million birds of 230 species die each year from collisions with telecommunications masts in the US during migration. Accidents happen mainly in the night, in fog, or bad weather, when birds might be using the earth’s magnetic field for navigation and could be seriously disoriented by the microwave radiation from telecommunication masts.

Review of Radiofrequency/Microwave and 5G Technology

Mobile phones, antennae of mobile towers, Wi-Fi, cordless phones, tablets and other such wireless equipment work on frequencies ranging from 700 Megahertz (700 million hertz) to 2.8 Gigahertz (2.8 billion hertz), and the new arrival of 5G operates within the extreme-high frequency range of 30 GHz to 300 GHz. Radio frequency is anything between 3Hz and 300 GHz but is subdivided depending on the actual frequency. Microwave is the general term used to describe radio frequency waves that start from ultra-high frequency to extremely high frequency which covers all frequencies between 300 Megahertz to 300 GHz. Lower frequencies are referred to as radio waves while higher frequencies are called millimeter waves.

In general, the longer the wavelength the longer it travels, and the farther apart broadcast stations are placed. The 5G short higher frequency millimeter wavelengths travel shorter distances (a few hundred meters); thus, to achieve a seamless integrated wireless system the “small cell” antenna needs to be installed about every 250 meters. Although antennas can be as small as a few millimeters, “small cell” antenna arrays may consist of dozens or even hundreds of antenna elements. Small cells communicate wirelessly with macrocell towers, other small cells, and individual mobile devices. Certain small cells connect directly to fiber cables while others provide support to wireless mesh networks that improve wireless coverage.

The all-powerful telecommunication industry has been pushing controversial legislation at the state and federal level to expedite the deployment of this fifth-generation technology. The legislation would block the rights of local governments and their citizens to control the installation of cellular antennas in the public “right-of-way.” Cell antennas may be installed on public utility poles every 10-20 houses in urban areas. According to the industry, as many as 50,000 new cell sites will be required in California alone and at 800,000 or more new cell sites nationwide. The added frequencies and proximity of small cell antenna in this dense network are a valid concern for residents. Although many major cities and newspapers have opposed this legislation, the potential health risks from the proliferation of new cellular antenna sites have been ignored.

These cell antennas will expose the population to new sources of radio frequency radiation including the ultra-high-frequency millimeter waves (MMWs). The characteristics of MMWs are different than the “low-band” (i.e., microwave) frequencies which are currently in use by the cellular and wireless industries. MMWs can transmit large amounts of data over short distances. The transmissions can be directed into narrow beams that travel by line-of-sight and can move data at high rates (e.g., up to 10 billion bits per second) with short lags (or latencies) between transmissions.54

Millimeter waves (MMWs) are mostly absorbed within 1 to 2 millimeters of human skin and in the surface layers of the cornea. Thus, the skin or near-surface zones of tissues are the primary targets of the radiation. Since skin contains capillaries and nerve endings, MMW bio-effects may be transmitted through molecular mechanisms by the skin or through the nervous system.

Thermal (or heating) effects occur when the power density of the waves is above 5–10 mW/cm2. Such high-intensity MMWs act on human skin and the cornea in a dose-dependent manner, beginning with heat sensation followed by pain and physical damage at higher exposures. Temperature elevation can impact the growth, morphology and metabolism of cells, induce production of free radicals, and damage DNA. The maximum permissible exposure that the FCC permits for the general public is 1.0 mW/cm2 averaged over 30 minutes for frequencies that range from 1.5 GHz to 100 GHz. This guideline was adopted in 1996 to protect humans from acute exposure to thermal levels of radiofrequency radiation. However, the guidelines were not designed to protect us from nonthermal risks that may occur with prolonged or long-term exposure to radiofrequency radiation.

With the deployment of fifth generation wireless infrastructure, much of the US and numerous other cities worldwide will be exposed to MMWs for the first time on a continuous basis. Due to FCC guidelines, these exposures will likely be of low intensity, at first. Hence, the health consequences of 5G exposure will be limited to non-thermal effects produced by prolonged exposure to MMWs in conjunction with exposure to low- and mid-band radiofrequency radiation.

Another interestingly important consideration is that the Department of Defense sponsored studies in the late 1990s and early 2000s looking at the use of millimeter wavelengths as a non-lethal weapon (now called the Active Denial System).55, 56 This use of microwave was designed for area denial, perimeter security and crowd control. Thus, the military’s active denial technology employs very high-frequency millimeter wavelengths, above 94 GHz, to produce an intense burning sensation that penetrates the skin and stops when the transmitter is switched off or when the individual moves out of the beam. Informally, the weapon is also called the heat ray since it works by heating the surface of targets, such as the skin of targeted human subject. There are reports that Russia and China are developing their own versions of the Active Denial System.57

It should be realized that biological effects of a prolonged or chronic MMW exposure of the whole body or a large body area have never been investigated. Safety limits for these types of exposures are based solely on predictions of energy deposition and MMW heating, but in view of recent studies this approach is not necessarily adequate. Common wisdom presented in the literature and media is that, if there are adverse impacts resulting from high-band 5G, the main impacts will be focused on near-surface phenomena, such as skin cancer, cataracts, and other skin conditions. However, there is evidence that biological responses to millimeter-wave irradiation can be initiated within the skin, and the subsequent systemic signaling in the skin can result in physiological effects on the nervous system, heart, and immune system.61

Since little research has been conducted on the health consequences from long-term exposure to MMWs, widespread deployment of 5G or 5th generation wireless infrastructure constitutes a massive experiment that may have adverse impacts on the public’s health. Considering the current science, lack of relevant exposure standards based on known biological effects and data gaps in research, we need to reduce our exposure to radiofrequency radiation wherever technically possible. Laws or policies which restrict the full integrity of science and the scientific community with regards to health and environmental effects of wireless technologies should be changed to enable unbiased, objective and precautionary science to drive necessary public policies and regulation.