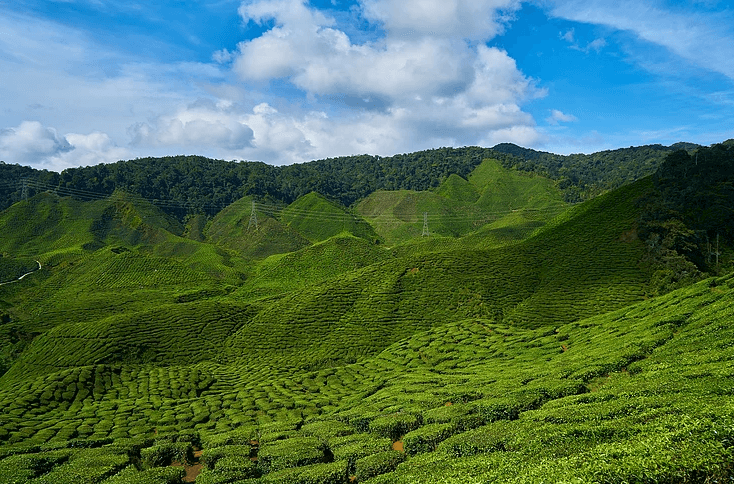 For those individuals receiving radiation treatments or radioactive scans, or are concerned about radioactive isotope exposure from Japan, there are several substances that can be consumed to absorb and reduce the toxic effects of ionizing radiation. One of the most effective anti-radiation substances are sea vegetables (seaweed). There are several hundred species of seaweed, but only a handful of these – kelp, nori, moss, and dulse — are familiar to North Americans. One kelp species called Laminaria japonica has been used by the Japanese since WWII, and the Russians after Chernobyl, to reduce the toxicity of radiation as well as to prevent cancer. After Chernobyl in 1986, many victims suffered the debilitating effects of radiation, including decreased thyroid function, radiation toxicity, and various cancers. Russian research has since demonstrated that concentrates of Laminaria japonica can absorbed certain radioactive isotopes and thereby reduce radiation toxicity.1, 2, 3, 4, 5 There are several concentrated or extracted forms of Laminaria japonica on the market. One company6 markets a concentrate of Laminaria japonica as Modifilan™. One aspect of Modifilan™ that sets it apart from other types of brown algae products is its very high content of soluble polysaccharides like fucoidan, laminarin and alginate. Laminaria japonica not only functions as a chelator of radioactive isotopes, but also its sulfated polysaccharide fucoidan has been shown to exhibit antibacterial, antioxidant, anti-inflammatory, and anticoagulant properties. Fucoidan has been shown to exhibit antitumorous properties as well.7, 8 Based on epidemiological and biological data, Laminaria japonica is also proposed as an important factor contributing to the relatively low breast cancer rates reported in Japan, since many Japanese consume this seaweed regularly in their diet. According to one study, it is suggested that chemicals naturally present in Laminaria japonica may play a role in preventing either the initiation of breast cancer or its promotion by endogenous physiological factors.9 For those undergoing radiotherapy, CT scans, or mammography, brown algae concentrates such as Modifilan™ may be safely consumed as a dietary supplement. Since brown algae concentrates are food-based supplements and not a drug, it is important for each person to find his or her own ideal dosage. Dosages of 3 to 5 grams daily for three to six months are sometimes needed to chelate toxic elements and radioactive isotopes from the body. Polyphenols found in plants are another effective radiation-protective molecule. They act across a range of biomolecular pathways in the body, including favorable modification of gene expression that protects tissues from ionizing radiation. Resveratrol, quercetin, and green tea polyphenols are among the top-studied and most potent radio-protectants in this class. Resveratrol, a natural polyphenolic compound, is produced by a variety of plants, such as grapes, peanuts and some berries. Resveratrol is both a radio-protector in healthy tissue and has antitumor activity. In animal models, resveratrol has been shown to protect chromosomes from radiation-induced damage.10 Most resveratrol supplements are designed in 20 mg capsules, and 40 mg per day is normally recommended as an effective radiation-protective dosage. Quercetin and its related compounds protect lipids and proteins from otherwise-lethal doses of gamma radiation, primarily through their antioxidant properties. Quercetin and other polyphenols not only provide chromosomal radio-protection, but also shield mitochondrial DNA from radiation-induced oxidant damage.11 Fruits and vegetables are the primary dietary sources of quercetin, particularly citrus fruits, apples, onions, parsley, sage, tea, and red wine. Olive oil, grapes, dark cherries, and dark berries such as blueberries, blackberries, and bilberries are also high in quercetin and other flavonoids. The normal recommended dosage of quercetin for an effective radio-protective effect is 500 to 1500 mg daily. Lastly, the polyphenol epigallocatechin gallate (derived from green tea) also protects animals from whole-body radiation, blocking lipid oxidation and prolonging life span.12 Green tea may be consumed daily for protection from radiation damage.

1. Ivannikov AT, Altukhova GA, Parfenova IM, Popov BA. The effect of algisorb on the level of the accumulation of zirconium, ruthenium, iodine and cesium radioactive isotopes in the body of rats. Radiats Biol Radioecol 1996 May-Jun;36(3):427-33 [Article in Russian].