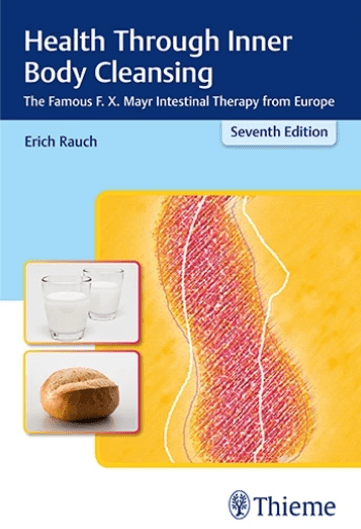 The diagnosis and treatment which are named after him, as well as his medical concepts, were revolutionary at the turn of the century – and are still integral to the many clinics that incorporate his health regimes – particularly the Original Mayr Clinic in Austria.

The gut microbiome and the gut-brain axis are common topics of today’s health discussions. As far back as 1901, Dr. Mayr concluded that a healthy intestine represents the key to health and longevity. He concentrated on the digestive system and intestines in the treatment of his patients and developed the FX Mayr cure. Today the FX Mayr cure has evolved into a recognized effective bioregulatory healing method, seen as an ideal extension of conventional medicine.

The Mayr program is an intensive regime lasting several weeks. It includes therapeutic fasts to rest the digestive tract and features a special diet to train proper mastication. This diet program is complemented with abdominal massage, hydrotherapy, and various exercises.

By following the FX Mayr method, patients can revitalize their digestive organs and intestinal system (microbiome) and eliminate a whole host of ailments – from aches and pains, to depression, fatigue, and cardiac disorders. At the same time, they can reduce weight, improve their skin, and boost their sense of well-being.

The book’s author, Dr med. Erich Rauch (1922-2003), was one of the most notable students of Franz Xaver Mayr. Born in Graz, he came to know and treasure Dr. Mayr during his training as a general practitioner. As a result, Rauch continued to develop the Mayr form of diagnosis and his regeneration therapies. Over the course of decades, he supervised more than 40,000 Mayr therapies. For the practitioner as well as the patient, his in-depth guide is the leading authority on the FX Mayr method. Dr. Rauch’s book Health Through Inner Body Cleansing provides specific information and instructive support for each stage of this successful therapy.

The Mayr Therapy has the following goals:

1) Detoxification of the whole body;

2) Cleansing, rejuvenating and ensuring the good health of the intestines;

3) Changing of eating behavior, thereby protecting against any further damage to the intestines.

On the 1st of August 1976, together with the German entrepreneur Rolf Deyhle, Erich Rauch founded the first center for the FX Mayr cure – today, the Original FX Mayr in Dellach. As Head Physician, Dr. Rauch helped countless guests to improved quality of life and better health. He also authored many standard reference works on Mayr medicine acknowledged around the world – including The Mild Derivative Diet.

Important to know: The stomach is very sensitive to any kind of stress, whether emotional or physical in origin. Stress slows digestion and can cause the stomach to become dysfunctional and to no longer work efficiently. Even if eating healthy food, the digestive system has difficulty processing food if one eats too quickly, thoughtlessly, or when stressed. Thus, it is important to consciously take time for meals and time to rest and focus on the nurturing nature of food.