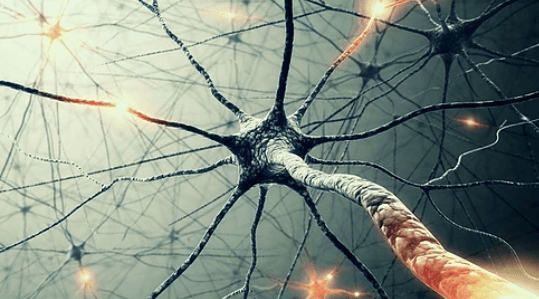 Neural therapy is a healing approach to diagnosis and treatment of multiple medical conditions based on the use of local anesthetic injections. It was independently developed in Russia and Germany in the first half of the twentieth century. It is well known in German and Spanish-speaking countries, but has only recently begun to be practiced in North America.

Neural therapy (NT) is a versatile and highly effective treatment method for most medical and pain related conditions. It evolved as an empirically found tool, later confirmed by neurophysiological experiments and clinical research.

Dietrich Klinghardt, MD, PhD, a German trained physician, introduced it to the US in early 1990. Currently two to three hundred North American medical practitioners are using it in their day-to-day practice healing multiple medical issues. One of my patients referred to it as “acupuncture on steroids”, hailing its ubiquitous effectiveness.

Dr. Klinghardt introduced me to neural therapy in 2001. He held workshops where he demonstrated the magical power of NT injections. However, participants were not allowed to inject during his classes, so it was a limited tool in my practice. In early 2010 I attended practical workshops taught by his student, Dr. Jeff Harris, ND, ending my reservations about these simple injections. The next step was to learn more complex theory and practice of NT. I then organized dozens of hands-on workshops in New York, inviting experienced practitioners from Germany, Switzerland and Spain to teach NT. It was enthusiastically received and we now have more medical practitioners applying it in their daily practice, helping complicated patients to get well.

Neural Therapy was discovered empirically and as many things are in medicine, accidentally. Usually, local anesthetics such as procaine or lidocaine were used only for local, short lasting anesthesia during surgical procedures. Their effectiveness would end when the anesthesia wore off. In the mid 1920’s, German physician Ferdinand Huneke injected his sister who was suffering with a migraine headache with procaine, at the time a novel local anesthetic. The migraine abruptly stopped.

He and his brother Walter began to use it for a variety of medical conditions injecting it intramuscularly, intravenously and para-venously (around the vein). They began to practice segmental therapy, injecting the local anesthetic into a diseased neurologically based segment with good effects. Contrary to common understanding, the effectiveness of the injections was long lasting. The two brothers suspected that procaine’s healing qualities were mediated by the autonomic nervous system.

In1940 they reported another unusual phenomenon: “a lightening reaction”. A patient, who was unsuccessfully treated for pain in his left shoulder, suddenly became pain free after his right leg, affected by osteomyelitis, was injected with procaine. Based on that observation they introduced the concept of “interference fields”.

Independently, a well-known Russian scientist, A.D. Speransky experimented and demonstrated how injuries in one part of the body can create chronic disease in a far remote organ, caused by autonomic nervous system dysfunction, and how using procaine injections can heal it.

What is Interference Field?

Interference Field (IF) can be created by multiple factors: complicated wound healing, particular bacterial infections, wounds, abscesses, carbuncles, scars, tooth infections, diseased organs, accumulation of toxic metals and other factors. They can become a source of chronic irritation, sending afferent (toward central nervous system) sympathetic stimulation. Efferent (outward from nervous system) signals can become redirected to a far remote area from where signals came. For example, a decayed tooth can cause shoulder pain or heart palpitation. (There are actually detailed charts of teeth issues and their connection to organs, muscles, joints, hormones and emotions – see map attached). By temporarily interrupting afferent flow of information, the pathological process can be interrupted and the chronic condition healed.

The body has multiple systems of communication, superimposing one on the other. When pathological flow of information persists, interrupting it can create conditions for healing. This healing principle is used in several disciplines, such as massage and acupuncture.

How to find the Interference Field

The first tool is a good history, focusing attention on what has preceded the chronic unremitting condition. It may be some sort of an injury, infection, or scar organic disease. Palpation can point to a region that is connected to the condition. Muscle testing, particularly ART techniques (Autonomic Response Testing) can instantly show a connection of a scar or toxic material to an affected organ or autonomic nervous system ganglia.

Infiltration/ injection of a suspected area may show a “lightening reaction” confirming clinical suspicion and pointing to a healing potential.

Example: Patient presents with a sudden onset of heart palpitation. ART exam points to a connection to wisdom tooth #1. Infiltrating the area with procaine produces an immediate resolution of symptoms for several days.

This is a very new area in neural therapy. My answer is a strong “Yes”. Up to a few years ago, administering neural therapy to psychiatric patients was a taboo. But the guard is falling. NT was built on empirical observations. The evidence is accumulating pointing out that every time there is trauma, physical or emotional, an interference field is created and can be alleviated by injection. So far, there are only a few psychiatrists in the world who are using this approach, but the interest and experience is growing.

How can Neural Therapy be applied?

There are several methods. One of the simplest and easiest to learn to administer is by injecting scars. Not all scars are “born equal”. The earlier the scar happened, the more important it can be; 1 the more traumatic the scar, or if there is a direct correlation in time between the scar and presenting symptoms, the more important the scar is. Infiltrating it and observing clinical responses is the key.

Segmental therapy: injecting an area of a particular diseased organ can produce a response.

An autonomic nervous system ganglion injection is an excellent tool to help organ function regulation. Some of these injections are simple, like tonsils, adenoids, Pterygo-palatine or pelvic injections (Ovarian Plexus); others are more complicated like Celiac ganglia (controls most digestive organs), Ciliary ganglion (controls eye functions), or Stellate ganglion (controls most of the head and some chest functions). All of the above injections have been well developed and are safe to execute; they do not require additional equipment, but do require training.

Example: Patient, who was in chronic pain for over ten years and on medication, received a series of Pterygo-palatine injections infiltrating a wisdom tooth. Her headaches stopped and she got off her medications.

Can Neural Therapy be combined with other treatment methods?

There are some highly experienced practitioners who treat most of their patients exclusively with NT. The best example is my friend Dr. David Vinyes, MD from Catalonia, Spain. Most other physicians are using it as one of several treatment modalities to heal their complicated patients.

One of the frequently used combinations is NT with ozone, or adding homeopathic remedies, vitamins and minerals. Diluting honey bee venom with procaine is a powerful way to treat inflammation. Low intensity laser therapy can be added to NT, potentiating their energy. NT often is a part of a comprehensive treatment strategy, which may include the use of supplements, intravenous injections, laser, bio-resonance, acupuncture and many other forms of therapy.

Example: A middle-aged woman contracted Herpes Zoster and was in agonizing pain. She took medication but suffered side effects. Inflammation areas were infiltrated with ozone, followed by injections with oxygen/ozone. There was an immediate response. Injections were repeated the next week with complete symptom resolution.

What anesthetics should be used in NT: procaine vs. lidocaine?

Most NT practitioners strongly prefer procaine. It is less toxic, degradation happens right in the tissue and effects last for about 20 minutes. Degradation products para-aminobenzoic acid and diethylaminoethanol are therapeutically active. The effect lasts about 20 minutes, causing vasodilatation. It is helpful in treating local infections.

Lidocaine effects last for about 60 minutes; it degrades in the liver; it causes vasoconstriction, worsening microcirculation at the injection site, therefore it is contraindicated in local infections.

But the cost of procaine is higher, needs to be ordered through a compounding pharmacy and should be preservative free.

Can procaine be administered intravenously?

As part of NT administration, it is a good idea at the conclusion of therapy to inject a few mls of procaine intravenously. There is also an effective method of administering procaine with bicarbonate intravenously. There are multiple indications for this approach, from cancer conditions to autoimmune illnesses.

What are the side effects of neural therapy?

Side effects of procaine are rare, except expected local and short-lasting reaction. There is a pain of local injection and possible bleeding. Superficial injections almost never cause infections, but joint injections should be done very carefully to avoid infections.

Intoxication with procaine is rare, but may happen if it is administered intravenously, particularly if by accident an injection is done into one of the brain supplying arteries. (But there is a technique practiced in Argentina, where procaine is injected into the Carotid artery, providing short lasting loss of consciousness, however with great therapeutic purpose success in strokes and other conditions).

There are millions of neural therapy injections administered every year around the World. The side effects are extremely rare, but as with any injections, training is required and essential.

How can I get trained in Neural Therapy?

There are several practitioners in North America who offer training in neural therapy. The North American Academy of Neural Therapy is in the process of creating a certified training program in Neural Therapy. If you become a member of our organization, we will send you announcements about upcoming workshops. I will be offering workshops in NY inviting international experts in the field. Dr. Jeff Harris, ND, offers weekend courses. Dr. Dietrich Klinghardt offers one demonstration weekend seminar per year. There are several international courses in English that offer comprehensive training. The comprehensive training should include not only technique injections, but also philosophical understanding of how NT will fit into your therapeutic approach.

If you live in Switzerland, Germany, Spain or some South American countries medical insurance will pay for your treatment and you may have a choice of many good practitioners. However, not yet in North America. Insurance companies would rather spend thousands and thousands of dollars on ineffective treatments, rather than a pay few hundred dollars on effective treatments such as NT.

(NY): International Publishers, 1943. reprint available from https://www.intpubnyc.com/product/abasis-for-the-theory-of-medicine/ A difficult to read, but rewarding book for those wishing to explore the foundational neurophysiology of neural therapy. Classic of the medical literature!.

A classic neural therapy textbook written by a student of the Huneke brothers. It is a bit outdated.1

Pischinger A. The Extracellular Matrix and Ground Regulation: Basis for a Holistic Biological

A free monthly newsletter on neural therapy topics with 12 years of archives.

A modern understanding of neural therapy in the context of non-linear chaotic systems.