Perhaps you’ve heard the saying, “All work and no play makes Jack a dull boy.” There’s probably more truth to this than most people realize: research indicates that without play, it is hard to give your best at work or at home.

According to the National Institute of Play, “A huge amount of existing scientific research – from neurophysiology, developmental and cognitive psychology, to animal play behavior, and evolutionary and molecular biology – contains rich data on play. The existing research describes patterns and states of play and explains how play shapes our brains, creates our competencies, and ballasts our emotions. The research from these diverse areas of science must be integrated to depict human play mechanisms as a whole. The integration work will reveal critical gaps where additional basic research is required.” 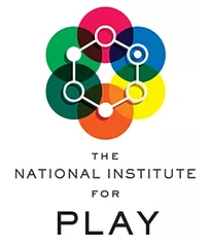 The National Institute for Play was founded by Dr. Stuart Brown. Dr. Brown trained in general medicine, internal medicine, psychiatry and clinical research. He first realized the importance of play when studying a group of homicidal males; he concluded that the absence of play could have dangerous long-term consequences.

Dr. Brown also became aware that the actual science of play was expanding. At that time, however, the play-related research was disorganized and deficient in measuring factors that were clinically easy to observe. It was apparent to Dr. Brown that a larger and more professional organization was needed. So, in 1996, he established the Institute for Play which was replaced by the National Institute for Play in 2006. The stated goal of this non-profit organization is to “unlock the human potential through play in all stages of life using science to discover all that play has to teach us about transforming our world.”

To identify the kind of play that would be most meaningful to you, Brown suggests thinking back to the play you enjoyed as a child and trying to connect that to your life now. For example, a person who was very active as a child may be wise to engage in recreational sports as an adult.

“Play has the power to deeply enrich your adult life, if you pay attention to it. Play is a basic human need as essential to our well-being as sleep, so when we’re low on play, our minds and bodies notice. Over time, play deprivation can reveal itself in certain patterns of behavior: We might get cranky, rigid, feel stuck in a rut or feel victimized by life. To benefit most from the rejuvenating benefits of play, we need to incorporate it into our everyday lives, not just wait for that two-week vacation every year.”

The different patterns of play per The National Institute for Play:

​1.) Play and Belonging – the urge to play with others and be accepted.

2.) Rough and Tumble Play – necessary for the development of social cooperation, fairness and altruism.

“Play primarily evolved to teach children all kinds of skills, and its extension into adulthood may have helped to build cooperation and sharing among hunter-gatherers beyond the level that would naturally exist in a dominance-seeking species.”

In other words, for our earliest ancestors, play was not just about adding fun to one’s life, it may have been a way of keeping the peace (which was critical for survival). Dr. Gray’s perspective is that the freedom to play is of utmost significance in promoting learning in children. Autonomy to direct one’s time and energy without interference, input or judgment from adults is critical to children’s learning.

In fact, learning via play is the only way consistent with human evolutionary history as hunter-gatherers, because play is how children learn to “’make friends, overcome fears, solve problems and take control of their lives.’ Therefore, children suffer irrevocable damage to their mental growth, emotional development, and overall sense of well-being when they are denied the chance at free play.”

“Consequently, in sharp contrast to hunter-gatherer education, traditional schools in industrialized nations are primarily run on adult direction, barely allowing children any unstructured time. Modern education, unlike play centered learning, promotes competition rather than cooperation because of the importance placed on evaluation of performance in and of schools. In the last half century, the school year as well as day, have grown longer, recess times have grown shorter, evaluation of performance has become more important — all of which have eroded free play time. Sadly, modern schooling has come to overstress résumé building at the expense of anything and everything else in children’s lives. Dr. Gray states that this is to the great detriment of both mental and emotional growth of children. He refers to it as the ‘terrible irony,’ that education systems, which are meant to prepare students for their future are ‘paths to nowhere’.” 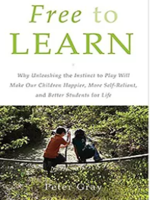 According to Dr. Gray, the first failing of modern schools is the failure to promote mental growth. Because they fail to promote curiosity, playfulness, and sociability, the environment is not optimal for learning. Any and every type of play (physical, language, exploratory, constructive, fantasy, social) can lead to effective learning because it is “self-chosen and self-directed” and occurs in an “alert, active and non-threatened state of mind.”

School lessons, however, do the opposite by taking away autonomy and adding the stress of competition, overall ruining children’s educative instincts. Dr. Gray makes an insightful point – that traditional schools deny children the basic rights upon which our civilization is based – the right to have a voice in decision-making and the right to have equal opportunities.

Dr. Gray depicts the present education system as harmful for children, and proposes that it be replaced by an educational system rooted in the biological basis for optimal learning.

Alternative ways of schooling based on the principal values of children’s autonomy and cooperation (such as the Waldorf, Sudbury, Montessori, Dewey, and Piaget schools) prove that even in industrialized society, the hunter-gatherer model of education can succeed. 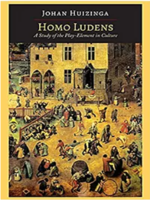 After analyzing these and other attempts to define play, Dr. Gray concluded that essentially all the descriptors of human play used by prominent play scholars can be reduced to these five:

​1.) Play is self-chosen and self-directed.

2.) Play is intrinsically motivated – means are more valued than ends.

3.) Play is guided by mental rules, but the rules leave room for creativity.

5.) Play is conducted in an alert, active, but relatively non-stressed frame of mind. 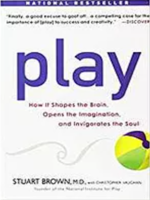 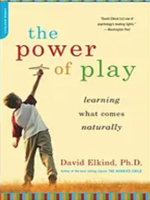 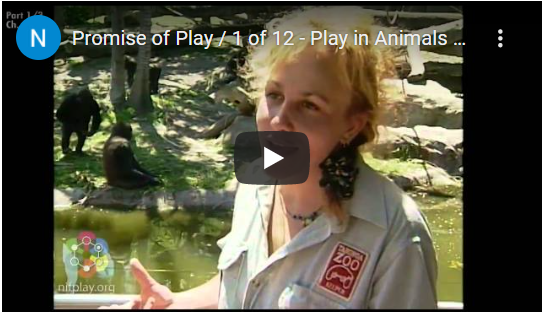 Promise of Play (PBS series by The National Institute for Play) 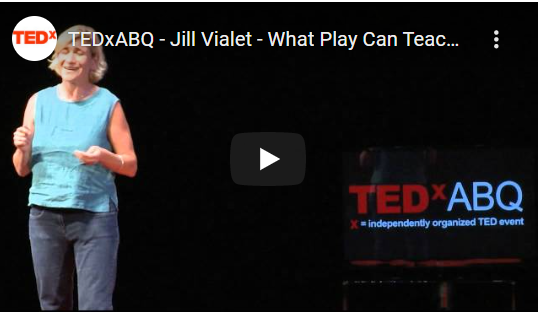 TedTalk: Jill Vialet - What Play Can Teach Us 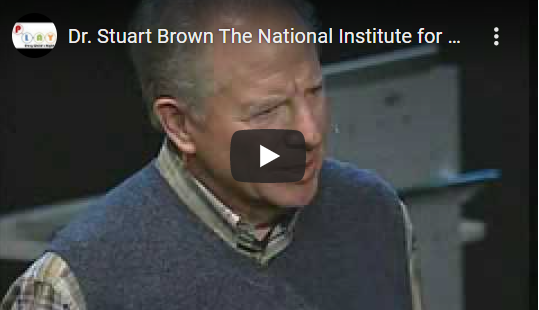 TedTalk: Dr. Stuart Brown,The National Institute for Play, on the Importance of Play 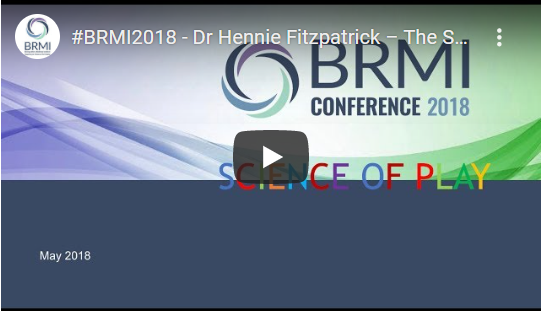 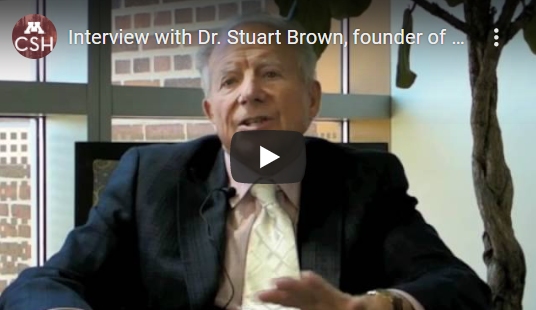 Interview with Dr. Stuart Brown, founder of the National Institute for Play 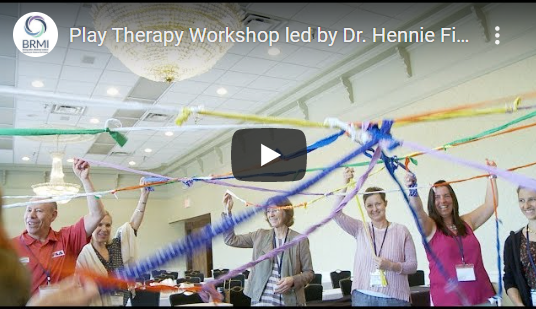 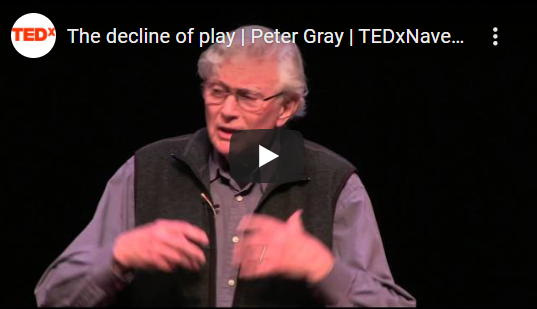 Click here for BRMI Advisor Dr. Hennie Fitzpatrick's handout on How to Take a Play History

• The Vision. National Institute for Play.

• The Science – Pattern of Play. National Institute for Play.

• Personal Health and Well Being. National Institute for Play.